‘Moving On’ like flicking through an old photo album 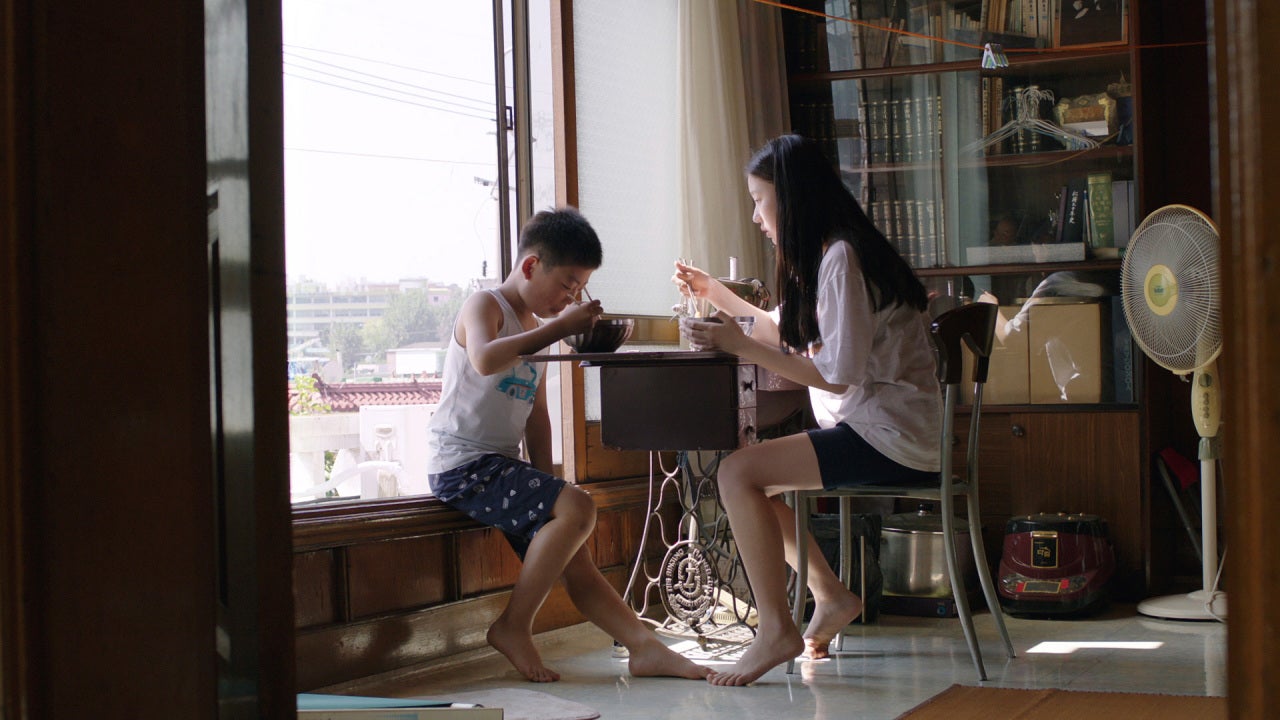 A scene from film “Moving On” (Greennaraemedia Co.)

SEOUL — It is strange how a film with no special plotline or incidents could resonate with so many people, making them plunge into their own memories.

Taking the words of actor Yang Heung-joo, who takes up the role of father Byeong-ki in the Korean indie film “Moving On,” watching the upcoming movie felt like flipping through an old photo album with yellowed corners that has the extraordinary power to bring back childhood memories fresh as if they were from yesterday.

“It made me recall warm memories that I had forgotten for a long time, and I’m hoping the film could also bring back such stories for our audiences,” Yang said during a press conference following a premiere event on Monday.

“I feel empowered to see my film, which I made with the goal of telling an honest story, being shown to so many people. I feel like the film is walking its own path — from Busan to Rotterdam — living its own life,” Yoon said.

The film starts with a family of three — father Byeong-ki, his daughter Ok-ju and son Dong-ju — moving out of their home in Seoul and in with the two kids’ elderly grandfather on the outskirts of the capital. In a few days, Byeong-ki’s younger sister Mi-jung also settles in with them after deciding to divorce her husband. The old two-story house, where Byeong-ki and Mi-jung had once lived as children, once again becomes a new home for the two siblings.

Like all families, the siblings are not always on good terms. Ok-ju and Dong-ju bicker daily, and the reunited middle-aged siblings have big and small quarrels about life, money and marriage.

“Although the characters often fight and don’t understand each other perfectly, they spend time together in the house, eating together and holding birthday parties. I felt these hours when they feel comfortable in each other’s presence are what fill up their hearts,” Yoon said.

Rookie actress Choi Jung-un takes up the role of Ok-ju, the main protagonist of the film. Although the film holds no distinct plotline, Ok-ju’s build-up of emotions as a member of the family and maturation as an individual bring the film together into a coherent string of memories.

“In order to truly become Ok-ju, I needed to understand her life outside the given scenario,” the 19-year-old actress said during the press event, adding, “I thought Ok-ju would have different emotions toward all the characters — father, aunt, her brother, grandfather — especially about the absence of her mother (who divorced her father), and I really tried to empathize with her emotions.”

The film seems to reach a climax at the last scene where Ok-ju, who seemed to hold back in expressing her emotions throughout the film, bursts into tears as she looks at the empty sofa, in which her grandfather had once sat, listening to music.

Director Yoon said the film, especially the character of Ok-ju, reflects her own life.

“I think I projected a lot of myself into Ok-ju and felt close to her. The film embraces my own emotions and experiences, and although the overall story is not what I have been through, I could completely sympathize with the characters,” the director said.

Child actor Park Seung-jun, 11, takes up the role of the youngest Dong-ju who fills up the house with laughter. An actor with a career of over 20 years, Park Hyun-young plays aunt Min-jung in the film.