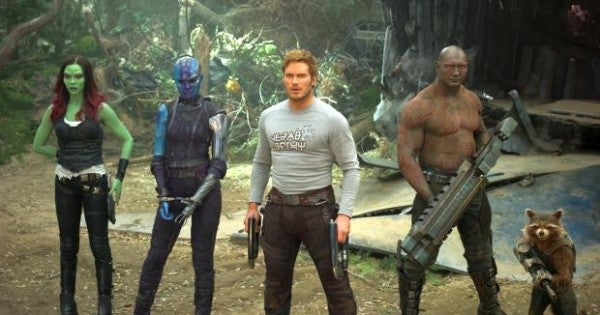 (From left) Zoe Saldana, Karen Gillan, Chris Pratt, Dave Bautista and Rocket, voiced by Bradley Cooper, in a scene from “Guardians Of The Galaxy Vol. 2”. Image: Marvel Studios via AP

It looks like fans will be seeing the “Asgardians of the Galaxy” once again as the galaxy’s ragtag “bunch of a-holes” is set to appear on the next film outing of the God of Thunder.

“The director talked to me about, uh, ‘Thor’ will incorporate some of the Guardians of the Galaxy, which will be very interesting, nobody knows, but maybe I shouldn’t have said anything,” Diesel told the pop culture website. 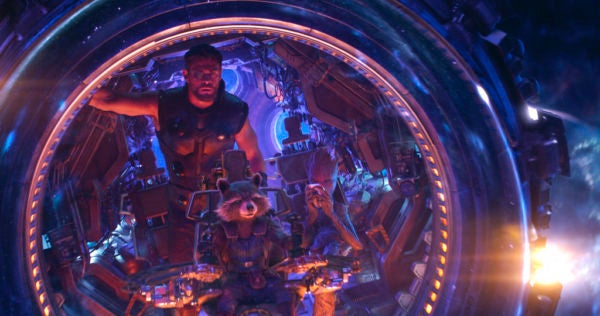 The end of “Avengers: Endgame” saw Thor giving up his title as king to Tessa Thompson’s Valkyrie before hitching a ride with the Guardians.

Besides Groot, the Guardians of the Galaxy is currently made up of Peter Quill, aka Star-Lord (Chris Pratt), Drax (Dave Bautista), Rocket Racoon (Bradley Cooper), Nebula (Karen Gillan) and Mantis (Pom Klementieff).

Zoe Saldana’s Gamora, the version who got transferred into the Marvel Cinematic Universe’s (MCU’s) main timeline along with Thanos, is currently missing-in-action following the events of the last “Avengers” film.

Former “Batman” actor Christian Bale meanwhile will also appear in the fourth “Thor” film as the main villain, Thompson revealed. ‘Thor: Love and Thunder” is set to hit theaters on Nov. 5, 2021, as part of the MCU’s Phase 4.

The film will see the return of Thor and Valkyrie, who is now the reigning king of New Asgard. Natalie Portman, who last appeared in “Thor: The Dark World”, will be returning to reprise her role as Jane Foster. She is reportedly set to wield Mjolnir as the female Thor, similar to the comics. Ian Biong/NVG