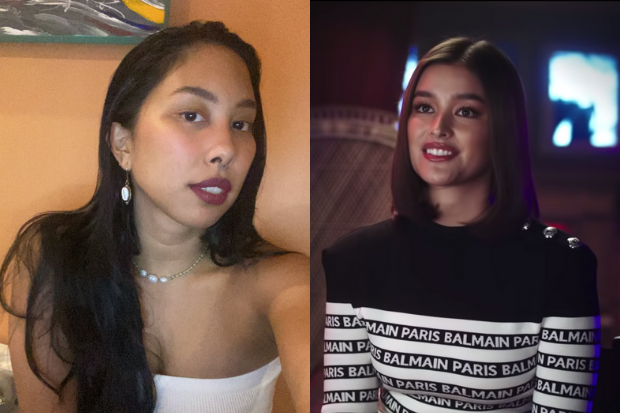 Voice actor Inka Magnaye weighed in on actress Liza Soberano’s supposed “monotonous” voice acting for the animated series “Trese” amid criticism from some viewers. Magnaye clarified that Soberano actually fit the bill for her role.

Magnaye, who became known for her TikTok videos of her family delivering advertisement spiels, stated that Soberano’s voice was “perfect” for Alexandra Trese, through a Twitter post yesterday, June 13.

“Liza Soberano’s voice is perfect for the character. It’s got a great balance of youthfulness and grim,” she said, while also noting that there were points for improvement in how the actress delivered her lines.

“A bit more exaggeration could have added more dimension, even an exaggeration of a deadpan delivery,” Magnaye added. She compared Soberano’s voice acting with the American animated sitcom character Daria, who is known for her deadpan personality.

Magnaye also defended Soberano from those who said her voice acting was “monotonous,” pointing out that the Kapamilya star had “dynamics” in delivering her lines.

“Liza Soberano [isn’t] monotonous. She has dynamics in her delivery. However, she [does] tend to deliver her lines in almost the exact same cadence, and people confuse that with monotony,” she explained.

Ok Liza Soberano ISNT monotonous. She has dynamics in her delivery. However, she DOES tend to deliver her lines in almost the exact same cadence, and people confuse that with monotony.

Magnaye also shared that she had been switching in viewing the other language dubs of “Trese” and praised actress Shay Mitchell for how she delivered her lines.

“It’s a little strange how she reads the [Filipino] incantations, but I like how Shay Mitchell does the deadpan badass delivery! Deadpan blase, deadpan annoyed, deadpan snarky,” she said. The voice actor added that Soberano could have benefitted from the “nuances” of the project, but noted that it is understandable if she was not able to do it.

Magnaye believes that Soberano will be able to train in voice acting using the said voice since it is something that can be done with some practice.

This is the nuance that Liza Soberano’s dub would have benefited from, but it’s not that easy to do so it’s understandable! Not even all VAs can do that. It’s something very trainable though, and an actress like her will surely be able to get that down with practice!

“Trese” is based on an award-winning Filipino comic book series by writer Budjette Tan and artist Kajo Baldisimo. The series follows the adventures of investigator Alexandra Trese who specializes in cases that involve supernatural beings in Philippine mythology and folklore. The series was directed by Jay Oliva, and debuted via streaming last Friday, June 11. JB

UDD to hold concert with ‘ghost audience’ for ‘Trese’ premiere