UDD to hold concert with ‘ghost audience’ for ‘Trese’ premiere 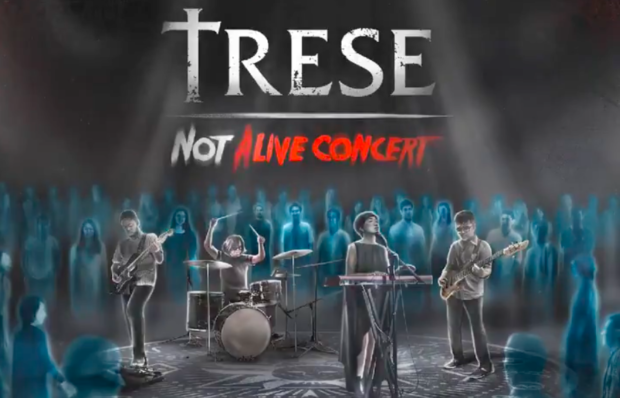 UDD is set to hold a virtual concert for a “ghost audience” on June 10, leading up to the premiere of the highly anticipated animated series “Trese.”

The band, formerly known as Up Dharma Down, encouraged everyone to participate in their “first-ever concert with a ghost audience,” through its Twitter page yesterday, June 1.”

UDD also showed a teaser video for the “Not ALive Concert” which features them performing in front of ghost-like images, as the voice of lead vocalist Armi Millare can be heard in the background.

Fans of UDD and “Trese” can join the ghost audience by recording a video of themselves using a special filter and sending it through the concert’s website.

Get a chance to become part of UDD’s first-ever concert with a ghost audience!
Join by submitting your video at https://t.co/kWtYMvKjsn. Submissions end on June 3, 11:59PM.

Netflix Trese’s Not ALive Concert will happen on June 10 before midnight on the Netflix FB page. pic.twitter.com/HXAgGmG3M3

UDD is also the group behind “Paagi,” the series’ official soundtrack, which the group announced on its Twitter page on Saturday, May 29.

“‘Di na maitatago kaya (We can’t hide it anymore so) we give you a taste of ‘PAAGI,’ the official OST of UDD for Netflix’s Trese!” the band stated while giving a 13-second snippet of the song.

‘Di na maitatago kaya we give you a taste of ‘PAAGI,’ the official OST of UDD for Netflix’s Trese! Catch the series premiere this June 11, Friday.

“Trese” is based on the award-winning Filipino comic series by writer Budjette Tan and artist Kajo Baldisimo. It follows the adventures of investigator Alexandra Trese, who specializes in cases that involve supernatural beings in Philippine mythology and folklore.

Liza Soberano voiced the titular character for the Filipino-language version of the show while Shay Mitchell played the role in the English-language version. The series is directed by Jay Oliva.

“Trese” released official Filipino and English trailers last month, where it was also revealed that it will be available for streaming starting June 11. JB