Jennica on marital woes: Alwyn and I are working on our marriage | Inquirer Entertainment
Close
menu
search

Jennica on marital woes: Alwyn and I are working on our marriage 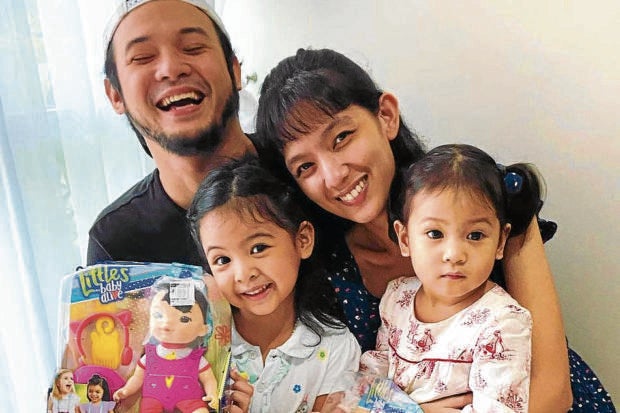 While she didn’t go into detail about her marriage woes, Jennica Garcia let on that she has been trying to work things out with her husband, Alwyn Uytingco.

“Alwyn and I are working on our marriage. We’re looking onto the Lord for a breakthrough … That’s all I can say for now,” she said in a recent virtual conference for the new GMA 7 afternoon series, “Las Hermanas,” which airs weekdays starting today.

Last May, Jennica revealed that she had parted ways with Alwyn, saying that from a “family of four,” they were now down to “a family of three”—meaning her and the two children, Mori, 6, and Alessi, 3.

Alwyn, on the other hand, had put out posts on social media, apologizing for his mistakes and shortcomings, and promising to fix his family and relationship with Jennica. His most recent open letter, however, did seem to hint at a reconciliation.

A portion of Alwyn’s message said: “Thank you, mahal, for not quitting on me. Thank you for letting me continue this life we started together. Thank you for giving me a wonderful gift of ‘second chance,’ and one that I don’t deserve at all.”

Jennica, however, didn’t want to talk too much too soon because it makes her anxious, she admitted, when people online make speculations about her private life. “As much as I want to say that I don’t really care about what other people have to say about me, I’m at a point in my life where I’m not at my best mental state. So I try to keep my answers short,” she explained.

In “Las Hermanas,” which stars Yasmien Kurdi, Thea Tolentino and Faith da Silva, Jennica plays Brenda, one of the program’s contravida. This project is a comeback of sorts for Jennica, who hasn’t done a full soap in seven years, after deciding to take a break from show biz to focus on her children.

The fact that she plays an antagonist also makes it special. “It’s the first contravida role given to me … I had been hoping to land one before, when I worked full-time. But even if we tried to ask for it, I was still given other types of roles,” said the 31-year-old celebrity, whose mother is award-winning actress Jean Garcia.

The role, she said, is exciting and challenging at the same time. “This is new for me. Now, I have realized that contravida roles are really difficult compared to roles where you’re the one being abused,” she related, adding that Brenda is the opposite of her real personality.

“We want to always offer something new, but sometimes, you can’t help but let the real you slip through a little bit. Brenda is a very loud woman, so I just have to do my job well and convince the audience,” she said. INQ

Jean Garcia drops cryptic quote amid Jennica-Alwyn reconciliation: ‘I wouldn’t do what you did to me’