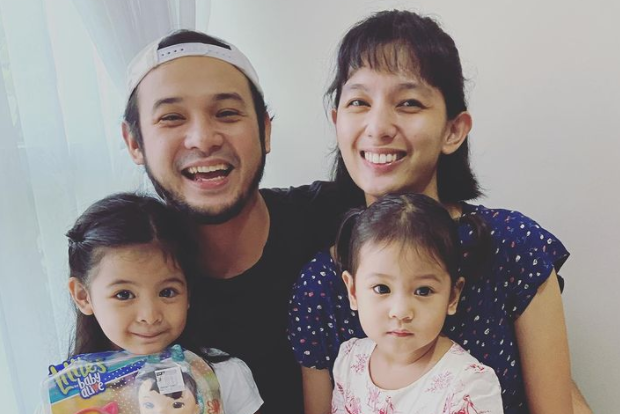 Alwyn Uytingco appears to have reconciled with his wife Jennica Garcia as he thanked the actress for giving him a “second chance.”

The actor promised he will fight to “retake” his family while also thanking his wife on his Facebook page today, Oct. 17. His declaration was accompanied by what appears to be a silhouette photo of himself and Garcia by a mountainside.

“I don’t deserve a second chance. Please don’t get me wrong, I will do everything for another chance in this life and I will fight the good fight to retake my family,” Uytingco said.

“Thank you, mahal (love), for not quitting on me. Thank you for letting me continue this life we started together,” he addressed Garcia. “Thank you for giving me a wonderful gift of ‘second chance’ and one that I don’t deserve at all.”

Uytingco then expressed optimism about the future as he professed love for his wife.

“Just because the past is painful doesn’t mean the future will be. I will always be your Habibi. Till death do us part,” he told Garcia. “Habibi” is an Arabic word that means “my love.”

"Habibi"When God gives you something you don’t deserve, that’s what He calls grace.I have to admit, I don’t deserve…

Garcia confirmed her split with Uytingco last May. She did not disclose the reason behind the separation.

Uytingco has since expressed hope that their family would be reunited. Meanwhile, his mother-in-law, veteran actress Jean Garcia, criticized him last June for causing her daughter heartaches and for being disrespectful.

Speculations that Jennica and Uytingco have reconciled first started last July, when the two were spotted with their children in Tanay, Rizal. At the time, Jennica clarified that she did indeed spend time with Uytingco in Rizal but stressed that they were only trying to co-parent healthily.

Jennica and Uytingco got married in 2014, after four years of being a couple. They have two children together, Athena and Severina. JB