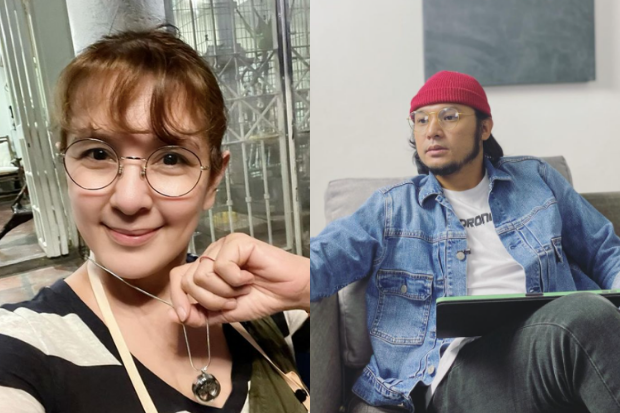 Jean Garcia criticized her son-in-law, actor Alwyn Uytingco, for being “disrespectful” towards her and giving “heartaches” to her daughter, actress Jennica Garcia, in the wake of the couple’s split.

This comes after Uytingco declared that he still loves Jennica and vowed to reunite his family, as seen on several of his Instagram posts over the past weeks. Jean questioned Uytingco’s statements through comments yesterday, June 28, saying the actor had not responded to any of her messages.

“Talaga ba yan, Alwyn? Sana sinagot mo message ko [sa ‘yo],” the veteran actress told Uytingco through a comment. “Respeto [kasi] ‘yon bilang magulang ni Jennica. Kausapin mo kaya ako para magkaintindahan tayo!” (Really, Alwyn? I hope you would answer my messages to you. That would be respect [towards me] as Jennica’s parent. Talk to me so we can understand each other.)

Jean called out Uytingco for not talking to her, stressing that she’s only asking for respect.

While the veteran actress did not provide details about the couple’s marital woes, she mentioned the “heartaches” that Uytingco had inflicted on her daughter.

“Wow ngayon naiisip mo mga anak mo? Tama naman yan pero yung heartaches ni Jennica [sa ‘yo]? Ok ba?” she asked. (Wow, now you’re thinking about your children? That’s alright, but what about the heartaches Jennica had with you? Is that ok?)

Jean then showed a poster about “honor” and being “faithful” on her Instagram page on the same day.

“A real man chooses to honor, love, respect, adore and be faithful to one woman,” the quote card read. The actress did not provide further explanation regarding the said poster.

Jennica confirmed last month that she has indeed broken up with Uytingco, after months of speculation from fans. Neither of them stated the reason behind their split but Jennica clarified that their separation was not caused by financial issues.

The two got married in 2014, after four years of being a couple. They have two children together, Athena and Severina. JB

Read Next
Pia Wurtzbach receives COVID-19 vaccine, urges public to get theirs too: ‘Let’s help one another’
EDITORS' PICK
COVID-19 cases in PH pass 3.2 million mark with 37,154 new cases — DOH
Upsilon, Unilever give ‘real talk’ on climate change crisis
SMDC’s Bloom Residences: A master planned community that cares for your health and wellness
Over 3 Million worth of prizes to be won at Smart Padala’s SENDali Manalo Promo!
Metro Manila’s daily COVID-19 growth rate drops to 2% — Octa Research
Novak Djokovic loses fight against Australia deportation
MOST READ
Ivana Alawi tests positive for COVID-19, urges public to comply with health protocols: ‘No one’s above the law’
‘Not my loss’: Did Kris Aquino just comment on her breakup with Mel Sarmiento?
Prince Harry sues for UK police protection
CBCP head: Marcos dictatorship not a ‘golden age’ for PH
Don't miss out on the latest news and information.