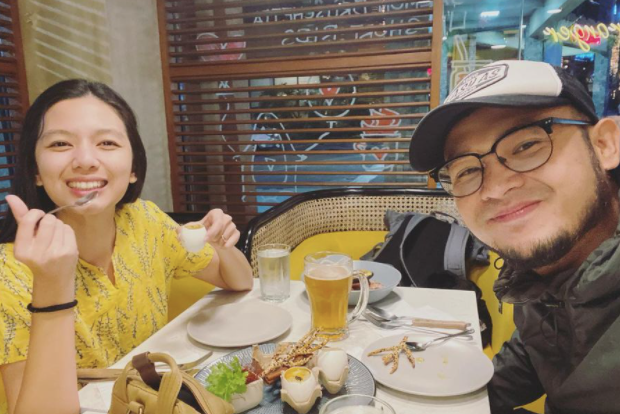 Jennica Garcia clapped back at those who are speculating that she has reconciled with her estranged husband, actor Alwyn Uytingco, after they were recently seen together in Tanay, Rizal.

The actress confirmed her split with Uytingco last May and has since moved to a new home with her daughters. She did not reveal the reason behind the breakup but said it was not caused by financial issues.

In the wake of their split, Garcia clarified that she and her children had indeed spent some time with Uytingco in Tanay. But she added that the meeting does not mean they have reconciled, the actress said while showing a photo of herself from the trip on her Facebook page yesterday, July 20.

“My trip to Tanay won’t be the only instance where people would see the father of my children and [me] in one place,” she said, questioning why netizens were shocked when she was seen with Uytingco after their separation.

Para sa MARITES na may pa- Don't Us, Don't Us sa akin. I can just opt to just delete the comment and block this…

Garcia added that she cannot simply cut all ties with Uytingco after the breakup, especially since they have children together.

Garcia then pointed out that Uytingco is allowed to spend time with her children but she requested him to avoid posting about their situation on social media. The actress added that the Tanay trip will not be the last time Uytingco will be seen with her daughters.

“[Hindi] ko ipagdadamot ang mga anak ko sa Tatay Alwyn nila (I am not stopping my children from being with their daddy Alwyn),” she said, adding that she still needs time to “heal.”

Garcia reminded fans that if she and Uytingco were to get back together, she would tell the public about it personally. She also called out “chismosas” (gossips) who were making assumptions about her personal life.

Garcia and Uytingco were together for four years before they got married in 2014. They have two daughters, Athena and Severina. JB