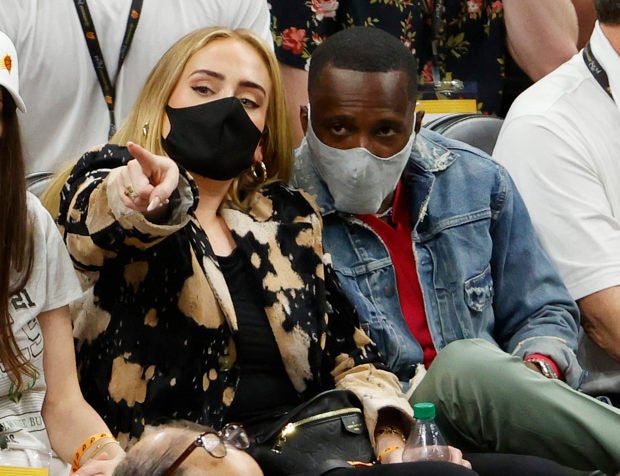 Adele looks on next to Rich Paul during the first half in Game 5 of the NBA Finals between the Milwaukee Bucks and the Phoenix Suns at Footprint Center on July 17, 2021, in Phoenix, Arizona. Image: Getty Images/Christian Petersen via AFP

British superstar Adele and Lebron James’ agent Rich Paul have come out together in public for the first time during Game 5 of the NBA finals on July 17.

The 33-year-old singer and the 40-year-old agent have in fact been dating “for a few months” now, an exclusive source told People as per its report yesterday, July 20.

Adele and Paul were spotted sitting side by side during the said basketball game, which the Milwaukee Bucks won against the Phoenix Suns, 123-119, taking the 3-2 lead.

ESPN’s Brian Windhorst first addressed the alleged couple’s public appearance on “The Lowe Show” after the game. He was quoted as saying that Paul brought “his girlfriend to the game to sit next to LeBron.”

Aside from James, Paul also represents NBA stars Ben Simmons, Anthony Davis and Lonzo Ball, among others, according to the report.

Also yesterday, another exclusive source confirmed to Page Six that Adele and Paul were “100 percent” dating, although neither has yet to confirm the rumors.

Paul, who runs Klutch Sports Group, revealed back in May through a The New Yorker feature that he had been “hanging out” with a “major pop star” the newspaper left unidentified. He said then, however, that he was single.

Adele, meanwhile, turned “thirty free” also in May and treated fans to a rare social media update that featured a set of carefree and happy photos of her donning a dress. Ian Biong /ra