Batman! The real one is finally in the DCEU | Inquirer Entertainment
Close
menu
search

Batman! The real one is finally in the DCEU 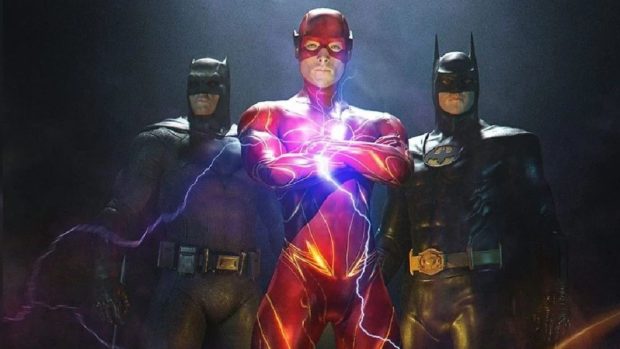 If you are as excited as I am watching the official full-length trailers of the coming movies from both movie studios, then there is no shortage of what to watch next soon. However, selecting what to write about next may be a little more complicated, but in a good way. Why so? It is because all of these coming movies are simply great in their own right.

This leads me to the return of the first actor to portray Batman on the big screen and he is Michael Keaton. What was once a rumor is now a confirmed reality which will happen in “The Flash” from DC Films and Warner Bros. Pictures in 2022. There is no one who has given a greater portrayal of Batman than Michael Keaton. And not because he is the first one to do it but that with each new actor who has put on the Batsuit and did his best, I believe Michael Keaton’s performance gave the most justice to it.

If you are also in your 30s and older, I am sure you have seen “Batman” as a child or teen in the late 1980s via cinemas and/or VHS. As a child, I remember vividly that VHS tape of mine which I would watch over and over again because it was that mind-blowing. At the time, it truly felt like no other movie I have ever seen in my life. Here was a DC superhero that I had only seen in comics, cartoons, and played with as toys. To see Batman on the big screen at that age was an altogether new joy and one of the best movie experiences in my young life.

From top to bottom, Batman was and still is a perfect comic-books-based movie from DC Comics. In fact perhaps, of all time; it is highly regarded to be the cream of the crop. Everything from the actors (Michael Keaton, Jack Nicholson and Kim Basinger) to the director (Tim Burton), and even the composer of the original score (Danny Elfman), made Batman the best of the best of the best in terms of its genre.

That is the quintessential Batman movie, period. It made you believe in the magic of movies and how it has the power to transport you right into its world. I say this remembering how I felt as a child back then and unsurprisingly, I still feel the same way now.

Present-day, we can all thank the inclusion of the parallel universe concept into the DCEU. Without it, none of these once impossibilities would have become possibilities to relive that moment of seeing the Batman of our youth once again. As the saying goes, “If there is a will, there is a way.” It is so apt in this case, indeed.

Why so? For the longest time, it has been discussed how can we bring back Michael Keaton as Batman in this day and age of the DCEU? The people who had the power to do it heard the fans, listened to them, and realized it is either now or never for obvious reasons. And that this major event can be logically, feasibly, and realistically done because the adapted storyline from the DC Comics in the “The Flash” movie would make a lot of sense for it to happen to begin from that point on. In fact, interestingly enough, the storyline on which ‘The Flash’ movie is based is called “Flashpoint” in DC Comics. Got the connection there? Well, I got it!

Remember that there is now digital de-aging if need be. And, of course, body doubles can be used for certain scenes for Michael Keaton. At this point, all of us fans are so happy that the iconic actor agreed to reprise his role and because of that “The Flash” movie is on its way to cinemas soon.

I, for one, will always be a fan of Michael Keaton’s portrayal of Batman because he has lived to embody the role of Bruce Wayne when he does not have the Batsuit on; he is Batman when he does have it on. Then at the time, his acting was effortless, smooth and felt so natural in accordance with the distinct characteristics of Bruce Wayne and Batman in the DC Comic Books. I expect he will deliver as well. In short, Michael Keaton is Batman.

Imagine the millions more the world over who have the same dream of wanting to see the Batman from their youth once again on the big screen. That fact alone will be one of the main reasons why the “The Flash” movie will definitely without question become a box-office hit for the DCEU.