Ready to go back to the cinema? Here ‍is the CEAP protocol for moviegoing | Inquirer Entertainment
Close
menu
search

Ready to go back to the cinema? Here ‍is the CEAP protocol for moviegoing 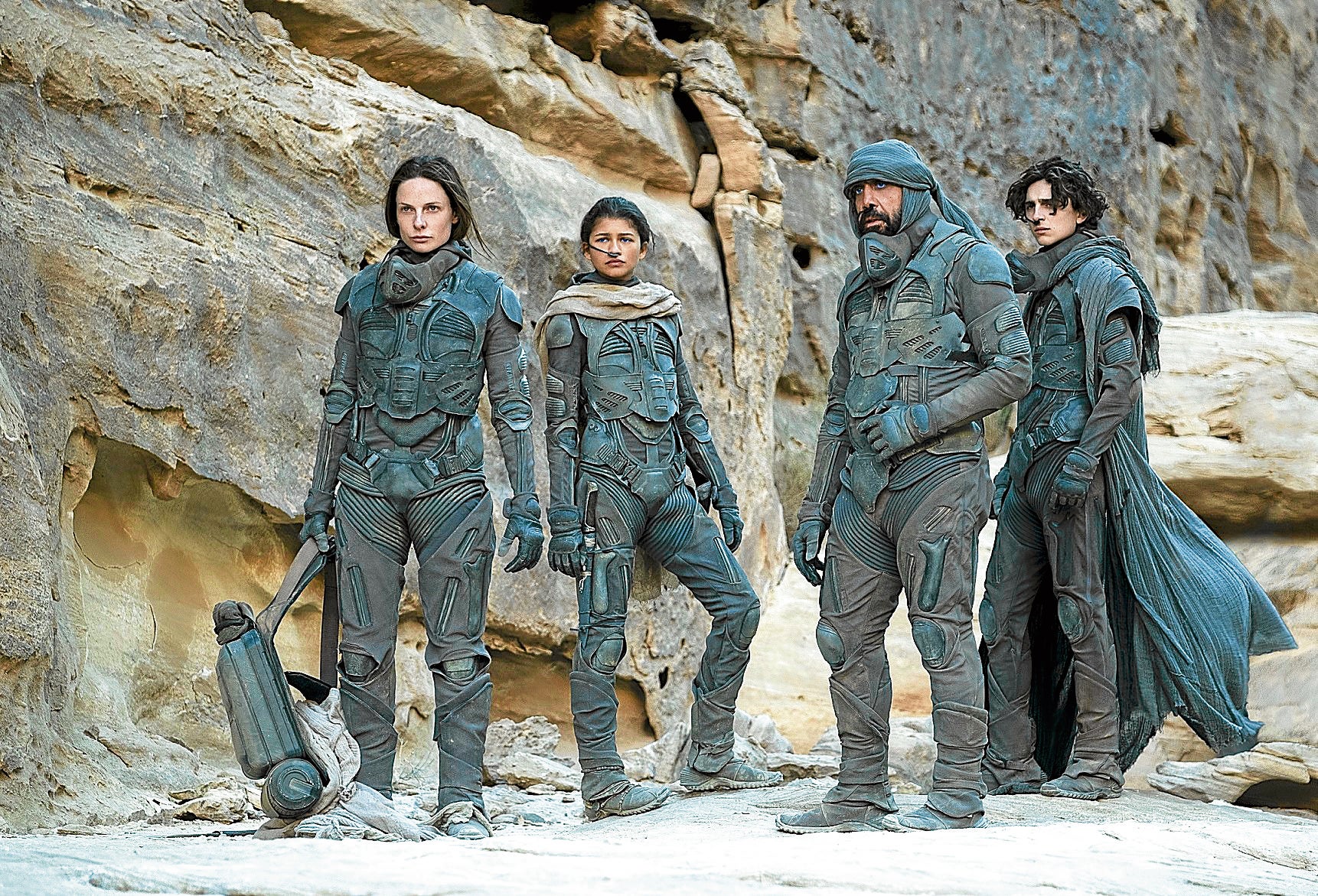 There was as much excitement and trepidation when we got word from Warner Bros. Philippines that director Denis Villeneuve’s much-buzzed-about big-screen adaptation of Frank Herbert’s seminal sci-fi adventure novel “Dune” is set to open in Philippine cineplexes beginning on Nov. 10. After all, while Timothee Chalamet’s latest movie is a star-studded motion picture that was made by its visionary filmmaker to be seen on the big screen, the number of new COVID-19 cases in the country is still relatively high.

However, we acknowledge that the baby steps being taken by the Cinema Exhibitors Association of the Philippines (CEAP), the umbrella group of cinema owners and operators representing 47 members and 1,039 movie screens nationwide, have to start somewhere.

It’s been a year and seven months since the shutdown led to massive unemployment, with approximately 336,000 workers—including creative and production people, distributors, exhibitors and other affiliated departments—losing their livelihood as a consequence. 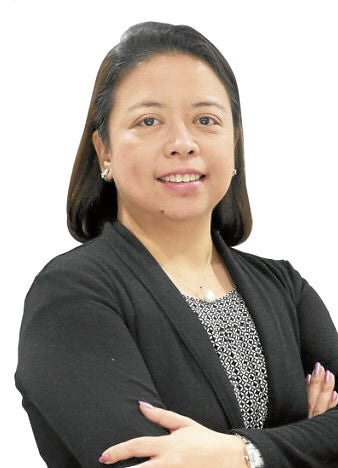 In an advisory sent to Inquirer Entertainment about the reopening of the cinemas, the theater operators said that they’re leaving no stone unturned to ensure the safety of both moviegoers and cinema employees. “That is the main goal right now,” said CEAP president Charmaine Bauzon. “We have devoted the past 19 months of cinema closure identifying solutions and precautions based on science. We will implement these measures to confidently welcome back movie fans to cinemas and send them home safe.”

Last Oct. 13, the Inter-Agency Task Force (IATF) for the Management of Emerging Infectious Diseases, placed National Capital Region under alert level 3, paving the way for the reopening of cinemas, but with several restrictions: Only fully vaccinated people will be admitted and seating capacity is limited to 30 percent.

The CEAP advisory didn’t mention an actual date for the reopening, but Inquirer Entertainment has since been advised about the “Dune” rollout, in Ayala Cinemas most notably, on Nov. 10. We will keep you posted as more info about this comes along. “We would like to assure the public that cinema is a safe place,” pointed out Bauzon. “In fact, LGUs (local government units) have converted some theaters into vaccination centers—and no super-spreading was ever reported, even though people waited inside for hours.”

The same advisory assured moviegoers that it’s safe to go back to the cinemas, mentioning a study in Germany which concluded that “cinemas are safer than almost any other indoor environment, as long as safety guidelines are followed,” like mask-wearing, physical distancing and proper air ventilation. The aforementioned research took into account the following factors in its conclusion: That people spend an average of only two hours at a cinema; that people inside the cinema simply sit down and face the same direction, which is known to reduce transmission risks; and that people are not talking to each other during the screening, which minimizes the possibility of infection.

If you want to read more about the study, follow the link here: https://www.artcena.fr/sites/default/files/medias/kriegel_hartmann_2021_aerosols%20anglais.pdf 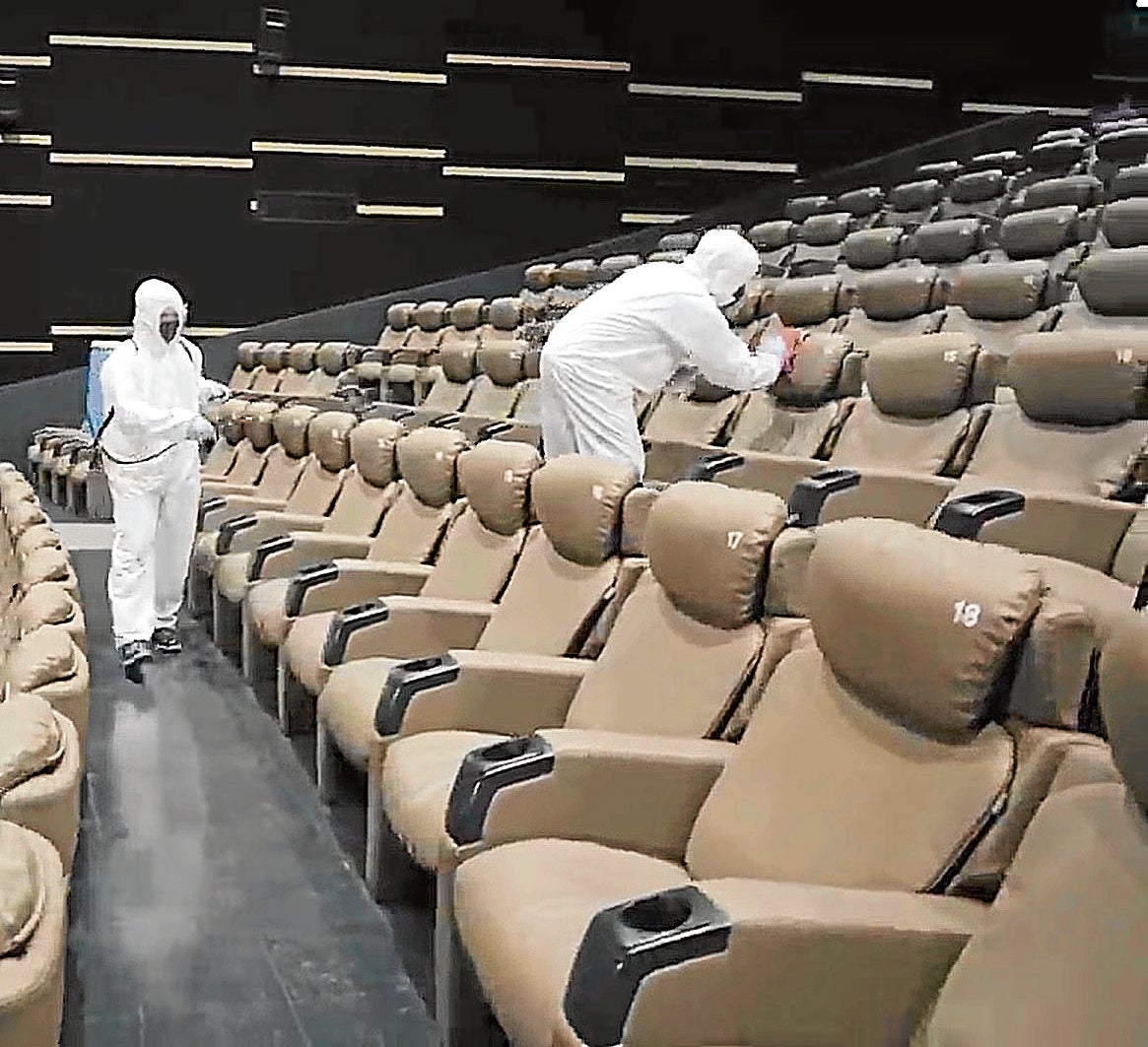 Thorough cleaning in between screenings —PHOTO FROM SM CINEMAS

Aside from adhering to IATF-mandated health standards, CEAP has also developed the “Sa Sine Safe Ka” protocol patterned after the “CinemaSafe” measures set by America’s National Association of Theatre Owners and endorsed by epidemiologists. Safety measures in the protocol include:

• Monitoring of moviegoers’ body temperature as they enter the cinema

• Implement regulations set by the IATF and LGUs on facial coverings

• No eating inside cinemas

• Availability of hand sanitizers at the cinema entrance

• And if you’re not feeling well? Stay home.

According to CEAP, only healthy and fully vaccinated people will be allowed back inside movie theaters.

“If you are experiencing a fever, cough, or other symptoms that could be related to COVID-19—or think that you may have been exposed to the virus—please stay home. But we will welcome you to join us again in the future,” assured Bauzon.