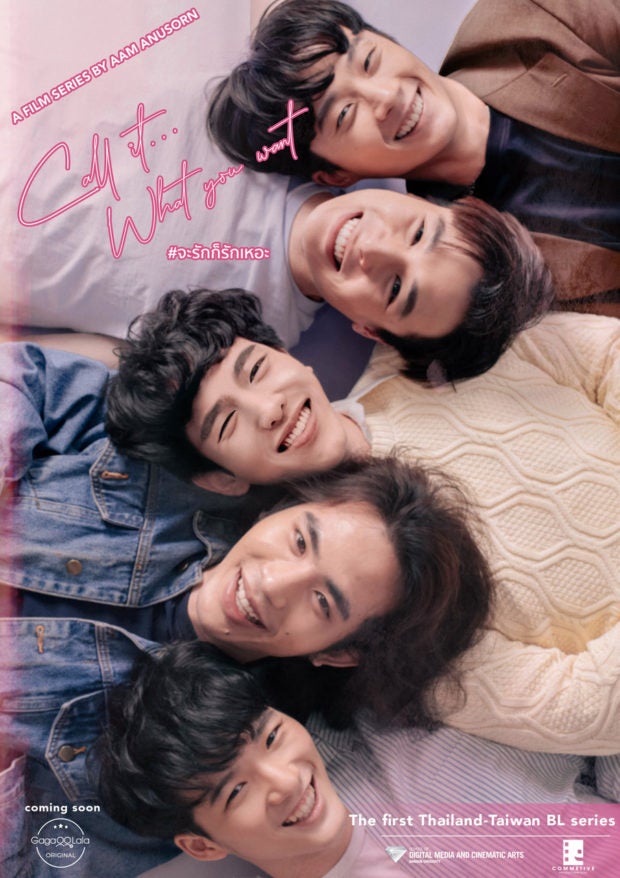 A new Thai Boys’ Love (BL) series, “Call It What You Want,” attempts to follow the success of previous BL series from Thailand which found their way into the hearts of Filipino audiences such as “TharnType” and “2gether.”

“Call It What You Want,” which is actually dubbed as “the first Thailand-Taiwan BL series,” is made up of six episodes, set to be shown locally via the streaming platform Upstream, as its initial BL offering.

The series follows the story of a director named James after his boyfriend Jack cheated on him. He gets an invitation from a producer P’Tee to film a BL drama with actor Ait, with whom he feels a rapport.

The series shows the lives of actors within the Thai BL industry and the struggles they face off-camera. It gives a glimpse into the pressures they deal with from talent agencies, and the supposed darker side of BL productions in Thailand.

The popularity of Thai BL among Filipinos paved the way for the development of Filipino BL series and films, particularly last year, at the height of the COVID-19 pandemic.

Acclaimed productions such as “Gameboys” recently earned an International Emmy Award nomination for the Kids: Live Action category and was declared Best Web Series in the Indie Shorts Awards Seoul, while the success of “The Boy Foretold by the Stars” in the 2020 Metro Manila Film Festival later led to its own series “Love Beneath the Stars.” JB

TAGS: Boys Love, Call It What You Want, Gameboys, Thailand, The Boy Foretold By the Stars