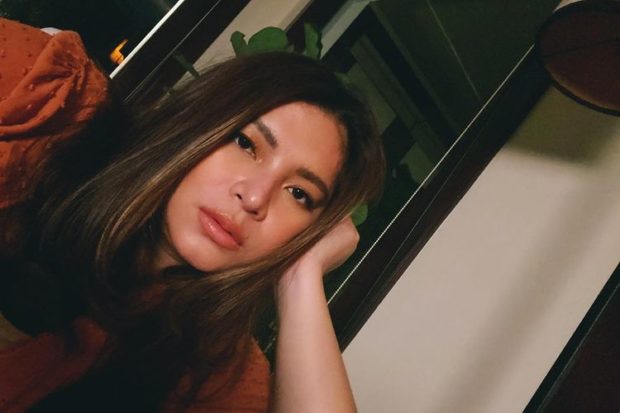 Angel Locsin’s husband, businessman and film producer Neil Arce, has reiterated that the actress will not be running for public office in the upcoming 2022 elections.

Arce denied speculations that his wife wants to become an elected official in his Instagram Story yesterday, Oct. 5.

“To those who accused my wife of wanting to run this election just because she extended help to people in need, well, she’s sitting here in front of me watching TV while corrupt politicians are filing their COCs,” he said. “What do you have to say for yourselves now?” 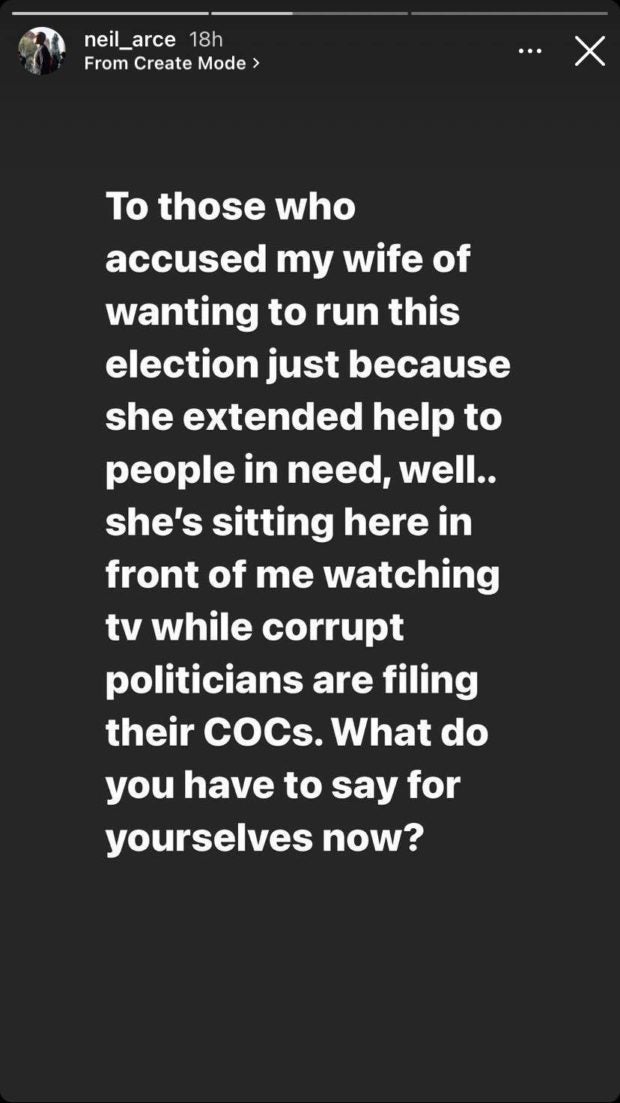 Locsin first dismissed speculations that she intended to run for public office during a live video call with actor Richard Gutierrez in May last year. This was amid her lauded efforts to provide sanitation and isolation tents to hospitals in the Philippines in March last year.

For Locsin, actors are already considered public servants. She also stressed that she lacks the interest to enter a political career.

Locsin then denied in September 2020 that she planned to run for senator, after a netizen claimed she would run for the position under the Liberal Party. She warned that the netizen was spreading “wrong propaganda.”

Election season officially started in the country as filing for COCs began last Friday, Oct. 1. As per the Commission on Elections, aspirants can file their COCs until Oct. 8.  /ra