Julia Montes, Coco Martin get registered to vote together 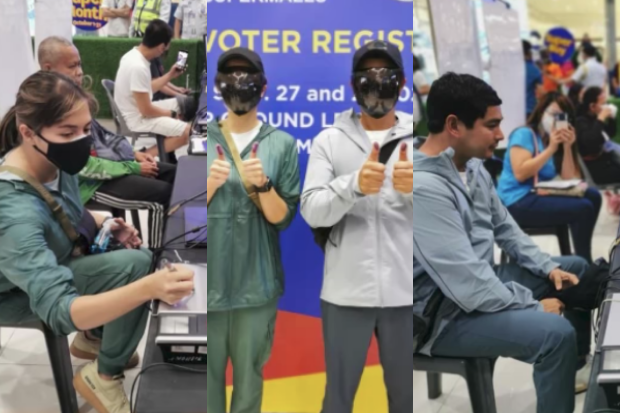 Julia Montes and Coco Martin encouraged the public to vote in the upcoming 2022 elections after they went through voter registration together.

Martin and Montes can be seen holding up their thumbs, which were covered in purple ink in a video on the actress’ Instagram page today, Sept. 28. She also showed photos of herself and Martin waiting in line and having their biometrics taken for the registration.

“Somewhere inside of all of us is the power to change the world,” Montes said, quoting British writer Roald Dahl.

Martin showed the same video on his Instagram page today while urging others to also get registered. He stressed that getting registered would be the public’s “weapon” in fighting for their rights.

Montes and Martin were first paired in the 2012 TV series “Walang Hanggan” with Dawn Zulueta and Richard Gomez. They have since been rumored to be in a relationship. Over the past months, fans have been spotting them together in various locations. They are yet to confirm or deny romance speculations.

The Commission on Elections recently approved the extension of the voter registration period until Oct. 31, from the initial Sept. 30 deadline. The commission was previously not inclined to extend registration due to the challenges it will create with the election timeline.  /ra