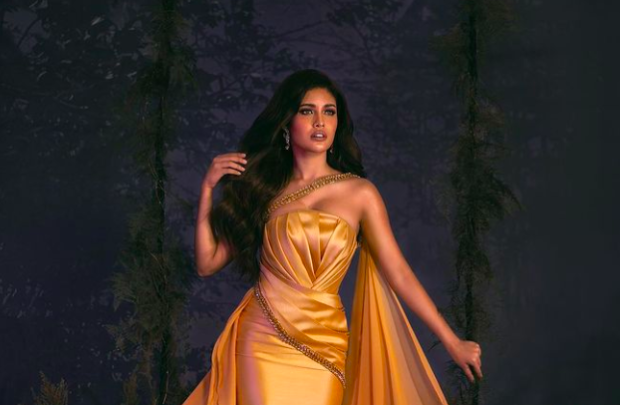 Rabiya Mateo looked dazzling in her last photo shoot as Miss Universe Philippines ahead of the beauty pageant’s coronation night.

“Last day of being your Miss Universe PH. Madamo nga salamat, Pilipinas! Isang karangalan irepresenta ka,” she said. (Thank you so much, Philippines! It was an honor to represent you.)

“Avisala! Rabiya Mateo as Minea, in full bloom,” he said, a reference to the show.

“They say that queens blossom even more after their reign. That couldn’t be truer with our 2020 Miss Universe Philippines queens,” Barretto added. “Their ethereal beauties shine in their last photoshoot as the reigning queens.”

Mateo represented Iloilo City when she was crowned Miss Universe Philippines 2020. She then finished in the top 21 when she competed in the Miss Universe pageant last May.

The beauty queen will be passing on her crown to her successor during the local pageant’s coronation night tomorrow, Sept. 30. The winner will be competing in the global Miss Universe tilt in Israel this December.  /ra