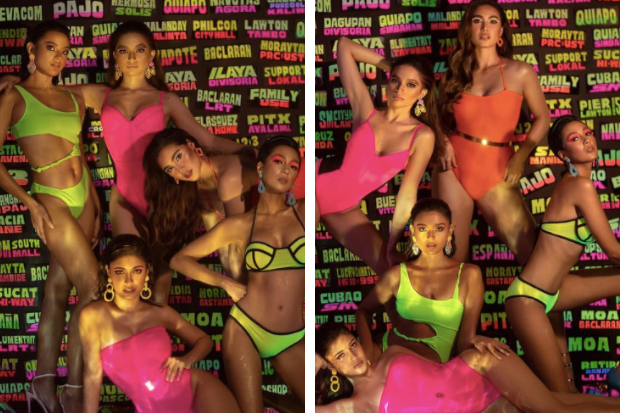 Five of the reigning Miss Universe Philippines queens looked alluring as they donned neon swimsuits for a photo shoot in preparation for the beauty pageant’s coronation night.

Colorful jeepney signages showing various locations in the Philippines can also be seen in the background for the photo shoot taken by Seven Barretto, the Miss Universe Philippines Organization showed through its official Instagram page today, Sept. 14.

“Another day to slay as we get closer to meeting the successors of our phenomenal queens,” the organization stated. “Excited? We are, too. But for now, NEON.”

Miss Universe Philippines Organization started with an initial list of 100 delegates. It trimmed down the roster through a series of challenges to determine who will move further into the competition. The organization then announced the pageant’s Final 30 last Sept. 2.

The Miss Universe Philippines coronation ceremony will be held on Sept. 25. Current titleholder Mateo will be passing on her crown to one of the candidates who made it to the competition’s final roster.

The winner will be competing in the global Miss Universe tilt in Israel this December.  /ra