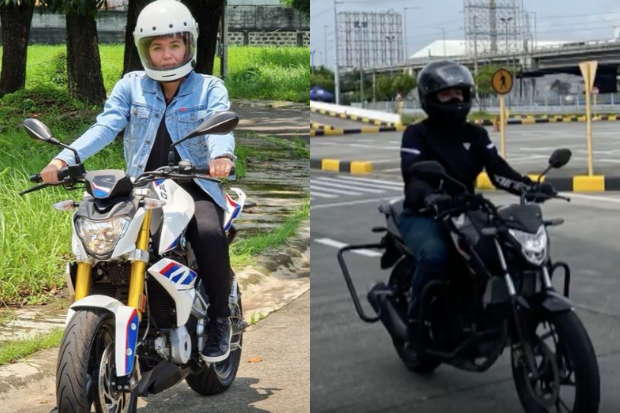 Julia Montes geared up for a motorcycle training course as she prepares to make her television comeback in the action-drama series “FPJ’s Ang Probinsyano.”

“Ride on! Watch this sneak peek ng [motorcycle] training ko (of my motorcycle training) for ‘Ang Probinsyano,'” the actress said while showing a video of herself riding on practice tracks, through her Instagram page last Tuesday, Aug. 3.

“Madami nakakasabik na eksena ang dapat po ninyong abangan kaya sana samahan po ninyo ako,” she added. (There are a lot of scenes you should watch out for, so I hope you can join me.)

Montes described her training as “thrilling” and asked fans to wish her luck.

Dreamscape Entertainment and ABS-CBN announced last week that Montes will be joining the “Ang Probinsyano” cast as it approaches its sixth year. She will be taking on a leading lady role opposite actor Coco Martin.

Montes and Martin were first paired in the 2012 TV series “Walang Hanggan” with Dawn Zulueta and Richard Gomez. They have since been rumored to be in a relationship. Recently, over the past few weeks, fans have been spotting them together in various locations.

The two were also seen together in Oriental Mindoro, where they will be shooting for an upcoming project with director Brillante Mendoza. They are yet to confirm or deny romance speculations.