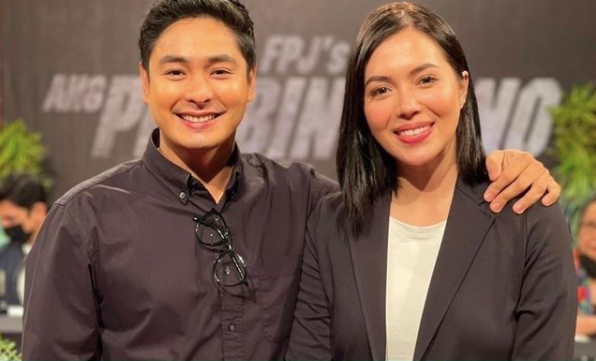 Julia Montes is finally making her television comeback by taking on a leading lady role opposite Coco Martin in “FPJ’s Ang Probinsyano.”

Montes will be joining the growing roster of actors in the action-drama series as it approaches its sixth year on air, Dreamscape Entertainment and ABS-CBN confirmed via its Instagram accounts today, July 30.

“FINALLY, #COCOJULisback! The most awaited reunion on television is happening as Julia Montes joins ‘FPJ’s Ang Probinsyano,'” the Kapamilya network said in the release.

Montes and Martin have been a rumored couple for a long time now, with fans spotting them together at different locations in the past few weeks. The two, however, have yet to confirm or deny the romance rumors.

The pair was also recently seen in Mindoro, where they will be shooting for an upcoming film by Brillante Mendoza.

The entry of Montes and her fellow actors into “Ang Probinsyano” comes shortly after ABS-CBN announced Jane de Leon’s exit from the show. De Leon is set to start filming for “Darna” this September.  /ra

Read Next
Zack Tabudlo featured on New York’s Times Square billboard: ‘Let’s go global baby!’
EDITORS' PICK
Why flying with Cebu Pacific is easier and safer than ever
Miss Universe Philippines partners with JC
Isko Moreno: Can work with Robredo, continue Duterte’s infra program
Kin, counsel of Bree Jonson reject suicide angle; NBI to do 2nd autopsy
Smart powers Liga Adarna Season 4: Race to the Top
The online doc is in – and surprises many as VP wannabe
MOST READ
‘No more face shields outside’ – Duterte
Isko Moreno: Can work with Robredo, continue Duterte’s infra program
Apollo Quiboloy threatens to run for president in next year’s polls
Gordon: Senate uncovered ‘mother of all corruption’ under Duterte admin
Follow @IBiongINQ on Twitter
Don't miss out on the latest news and information.