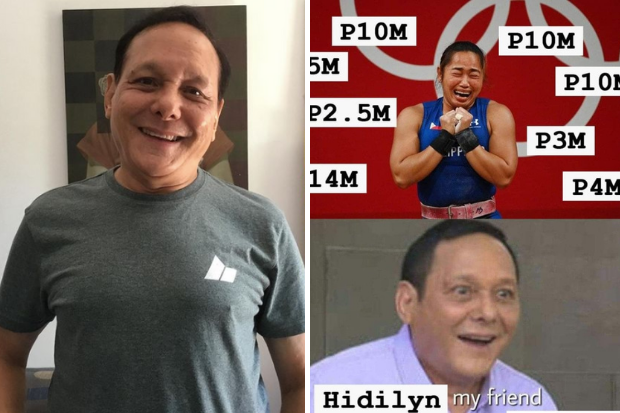 The meme shows Tommy, known as a fraudster in the sitcom, using his iconic “my friend” line on Diaz as the latter is set to receive millions following her Olympic win.

(After all, I owe Pepito over P1 million now. With the many millions of pesos Hidilyn will be receiving, perhaps she can share even just P1 million with me!)

In the GMA Network comedy show, Tommy is a financial analyst who often uses his “Pepito, my friend” line to take advantage of Michael V.’s titular millionaire character.

The viral meme shared by Henares was from a Facebook page called Pepeng Pinakamalupet, which credited the meme to a netizen who goes by the name Confused Trader.

For her historical win, Diaz is set to receive incentives worth over P50 million, including the P10 million mandated by the National Athletes and Coaches Benefits and Incentives Act signed in 2015 by then President Benigno S. Aquino III.  /ra