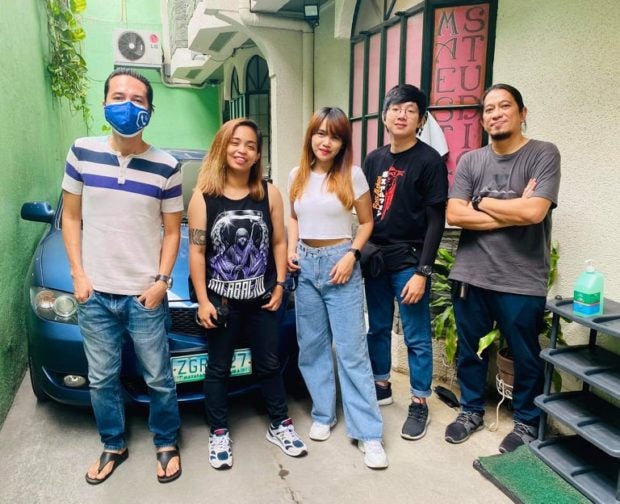 After a one-year pandemic-forced delay, the Tokyo Olympics is finally just around the corner. As our athletes gear up for the competitions, a Filipino band offers the power of music to take these warriors further.

Upon realizing that there was no song specifically dedicated to Filipino athletes, Johnny Cross took it upon themselves to compose one back in 2019. For a band whose name is a modern twist on the Filipino everyman Juan Dela Cruz, it was only fitting.

Around two months before the start of the 2019 Southeast Asian Games, Johnny Cross came up with the anthem aptly titled “Pilipinas,” which ended up accompanying our athletes in the said sporting event.

“Tuwing may competition, ang pine-play na song is ‘Noypi’ ni Bamboo or ‘Pinoy Ako’ ng Orange and Lemons, but those are songs about Pinoys in general,” shares frontman Riera Mallari, who co-wrote the new anthem with lead guitarist Roman Prospero.

(Every time there is a competition, they only play Bamboo’s “Noypi” or Orange and Lemons’ “Pinoy Ako,” but those are songs about Filipinos in general.)

“‘Noypi’ for instance is about the courage of the Filipino, ‘yung mga manggagawa at mga ordinaryong Pinoy na sumasabak sa kahit anong problema o pagsubok na humaharang sa kanila. Kahit ‘yung ‘Pinoy Ako’ is not for the athletes in particular, but about Filipinos in general, about who we really are in the eyes of the world,” he adds. “Pilipinas is solely about the Filipino athlete, period.”

(“Noypi” for instance is about the courage of the Filipino, the workers and the ordinary Filipino citizens who face any kind of challenges and problems that come their way. Even “Pinoy Ako” is not for athletes in particular, but about Filipinos in general, about who we really are in the eyes of the world.)

Now, as it makes its way to the Olympics, “Pilipinas” will reach a much bigger stage while accompanying our beloved athletes once again as their official theme song.

Mallari and Prospero are joined in Johnny Cross by Nica Ingiaen and Yann Evasco on bass, Kams Olea on drums and Mikee Cabrera on percussion/keyboard/rhythm guitars.

“Pilipinas” has been up on the YouTube channel of Johnny Cross since July 5. The Philippine Sports Commission will also release an official music video using the anthem, but no release date has been announced, as of writing.

In “Pilipinas,” the band describes our athletes as modern-day heroes who continue what the likes of Andres Bonifacio and Jose Rizal did for the country back then.

“Through their passion, dedication, hard work in training, they’re just like our soldiers in battle preparing to defend the land. It shows their fighting heart, the blood, sweat, time and tears that they endured just to give honor to our country,” shares Prospero.

Mallari echoes his bandmate’s sentiments, noting, “It’s about the hard work put up by our athletes not only during competition but before, the training they do, how they toil night and day to be the best versions of themselves in the sporting arena and in the process bring honor to the country.”

To write about these heroes is “[a] very great honor, opportunity and privilege,” shares Ingiaen. “It means a lot. It’s a huge honor to be part of something this big for your country,” Olea meanwhile adds. 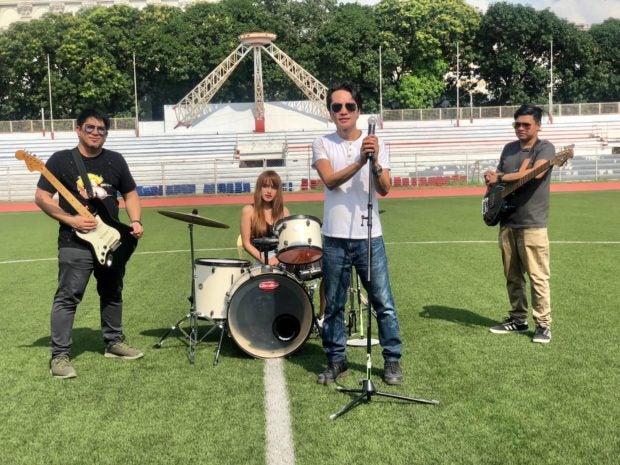 Mallari, who is also the sports editor of Manila Standard, notes that it has always been Johnny Cross’s dream to make a song dedicated to Filipino athletes. With “Pilipinas,” they did just that “to boost their morale and inspire them.”

On the impact of music to athletes, Prospero notes that “It’s much better when they listen to songs that boost their spirit and morale. It inspires them to perform better.”

“The song is like the representation of all Filipinos cheering for the athletes, a song that can touch their hearts and motivate them even more,” Olea meanwhile shares.

On the significance of Filipinos competing in the international stage itself, Prospero points out that while it showcases the talent of Filipinos, it also gives them a chance to bond and build friendships with other athletes.

Due to the pandemic, unfortunately, Johnny Cross will not be able to fly to Japan themselves and watch the Olympics, which will open on July 23 and close on Aug. 9. Their music, however, will certainly be with our Olympians in the fight ahead.

Just like other artists, Johnny Cross admittedly suffered from the blow COVID-19 dealt to the music industry. Prospero notes that performing and recording “got really affected” by the pandemic but they are still fortunate enough that other members have day jobs and businesses.

Despite the challenges, Johnny Cross is still “cookin’ up new music/songs,” according to Prospero. “We just have to record it soon as restrictions are lifted and schedule and funds are in place. Hopefully, gigs and performance follow soon.”

“We have always created songs that are socially relevant. This time, we plan naman to make an album or an EP na puro love songs lang (made up of love songs only), which has long been the trend in the scene,” Mallari says.

Johnny Cross is formerly known as BalahibumPooza. With original members Mallari and Prosper being joined by a new generation of musicians, they come across as “traditional Pinoy rock that fuses with the sound of the new millennium.” Being aware of their identity and aspirations, it’s fair to say that just like the athletes they wrote a song for, they are fully capable of taking on the challenges ahead. JB

Fans urged to stay away from Olympic marathon over virus fears