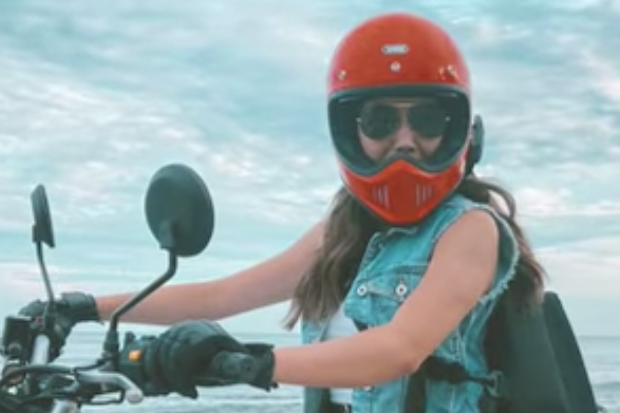 Julia Montes has finally started shooting her first scenes with actor Coco Martin for the long-running series “FPJ’s Ang Probinsyano,” as part of her television comeback.

“Good morning, day one!” the actress greeted fans in a behind-the-scenes video showed by Dreamscape Entertainment on its Facebook page yesterday, Aug. 14.

Montes got to practice her motorcycling skills early, as one of her first scenes had her driving along the streets of Ilocos. The “FPJ’s Ang Probinsyano” production team also gave a sneak peek into some of Martin’s scenes with veteran actor Michael de Mesa.

The video has been viewed more than 1.4 million times as of this writing.

Montes has been training for her role in “FPJ’s Ang Probinsyano” for the past few weeks, from learning how to ride a motorcycle to rehearsing for fight scenes.

The actress’ entry into the show was announced by ABS-CBN last month, as the series approaches its sixth year. She will take a leading lady role opposite Martin.

Prior to announcing that Montes was cast for “FPJ’s Ang Probisyano,” ABS-CBN revealed that actress Jane de Leon will be leaving the show. De Leon will start filming for “Mars Ravelo’s Darna: The TV Series” this September. JB