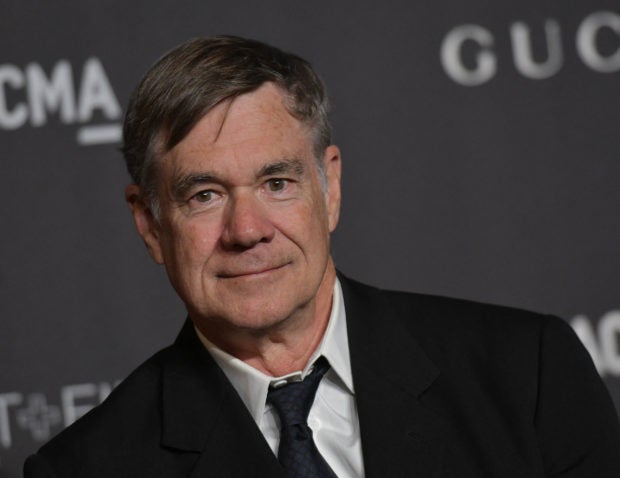 American filmmaker, writer, painter, photographer and musician, Gus Van Sant, is now turning his hand to theater with a new musical in Lisbon about the early career of Pop Art creator, Andy Warhol.

Van Sant, best known for films such as “My Own Private Idaho” and “Good Will Hunting,” said he had long wanted to make a film about Warhol, and even wrote a screenplay with actor River Phoenix, who died at 23 in 1993, set for the lead role.

Now, in his first ever work for the stage, the 69-year-old laureate of Canne’s Palme d’Or has written the musical “Andy,” which is being premiered on Thursday in the Portuguese capital as part of the Biennial of Contemporary Arts where Van Sant is one of this year’s artists in residence.

“I was trying to put together the greatest hits of Andy’s life to explain his rise into the art world in the ’60s,” the filmmaker said.

With dialogue and songs penned by Van Sant himself, the musical — which is being staged in English in Lisbon’s prestigious Teatro Nacional D. Maria II, ahead of a European tour that takes it to cities such as Rome, Amsterdam, Paris and Athens — is a collection of anecdotes about Warhol’s encounters with leading figures of American culture, like writer Truman Capote, art critic Clement Greenberg and actor Edie Sedgwick.

The picture that emerges of the artist is one of “a very strange character that is not really related to the Andy Warhol that maybe we know. He’s sort of a stand-in for Andy,” Van Sant said.

Among Van Sant’s films are biopics about iconic figures such as Nirvana singer Kurt Cobain in “Last Days” and gay rights campaigner Harvey Milk in “Milk.”

“I think he was someone who was shy, fascinated by American culture and who wanted to be a star, but never imagined what impact he would have,” Fernandes told AFP.

For Van Sant’s collaborator on the project, John Romao, Warhol was “someone half-hidden in the shadows, shy, but very forceful at the same time, thanks to his ability to turn his ideas into reality. This made him both fascinating and frightening to those around him.”

Born in Pittsburgh in 1928, Warhol began his career as a commercial illustrator.

But he soon became a leading exponent of the Pop Art movement and worked in a wide range of different media, such as painting, photography and film.

His studio in New York, The Factory, was a meeting place for intellectuals, drag queens, playwrights, Hollywood celebrities and wealthy patrons.

Read Next
Nash Aguas to run for councilor in Cavite City
EDITORS' PICK
‘Not yet the end’: Lawyer says Marcos Jr’s DQ cases to take lengthy process
The best of bayside and city living at SMDC’s Sail Residences
Acer starts the year off strong with the Aspire Vero National Geographic Edition
Over 3 Million worth of prizes to be won at Smart Padala’s SENDali Manalo Promo!
Critical scenario: 3 Comelec vacancies just 3 months before elections
PH logs 37,070 more COVID-19 cases; over 33K others recover
MOST READ
Duterte asks: ‘Is COVID-19 airborne?’ Duque blames spread on ‘token compliance’ with rules
Morissette Amon recovering after confinement for diverticulitis, tests positive for COVID-19
‘Not yet the end’: Lawyer says Marcos Jr’s DQ cases to traverse lengthy process
Marcos camp ‘extends hand of unity’ after COC cancellation bid is thrown out
Don't miss out on the latest news and information.