Bea Alonzo on Gerald Anderson hoping to be forgiven: 'It's not about just forgiveness' | Inquirer Entertainment
Close
menu
search

Bea Alonzo on Gerald Anderson hoping to be forgiven: ‘It’s not about just forgiveness’ 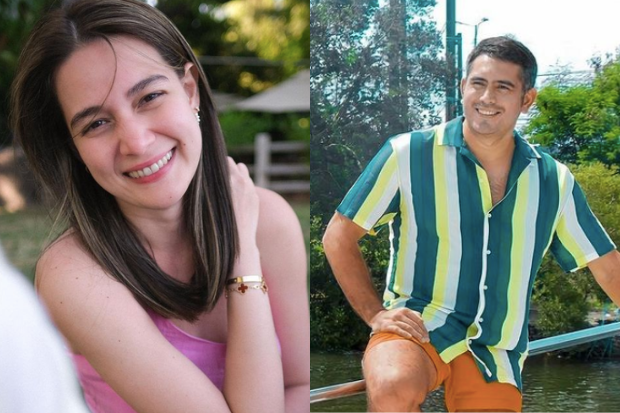 Bea Alonzo has finally spoken up on the issue of Gerald Anderson hoping for her forgiveness, noting it would sound dishonest if she would say that she has accepted his apology.

Alonzo and Anderson got involved in controversy after they broke up in 2019. At the time, there were allegations that the split was caused by a third party, speculated by fans to be actress Julia Barretto. After admitting his relationship with Barretto only last March, Anderson recently expressed hope for Alonzo to forgive him for what happened to their relationship, something that the actress finds difficult to do.

Alonzo admitted she does not think it is right to say she has already forgiven Anderson, as seen on her interview with broadcaster-producer Noel Ferrer on Radyo Katipunan’s YouTube channel last Friday, Aug. 27.

“Ang plastic ko kasi pag sinabi kong pinatawad ko na siya matagal na (It sounds so dishonest if I say that I have already forgiven him a long time ago),” she said. “It’s not about just forgiveness or asking for forgiveness. It’s about taking accountability and responsibility for your actions.”

“Madali kasing humingi ng sorry, ng pagpapatawad, pero anong gagawin mo pagkatapos noon?” the actress added. (It’s easy to say sorry, to ask for forgiveness, but what do you do after that?)

Alonzo said she was wondering why the issue between her and her ex has not yet died down. At the same time, she recognizes how her friends may have something to do with it.

(My friends get hurt when they hear controversies about me. They tend to be protective of me and they speak for me. Maybe if they were not hearing things about the issue, they would not say anything.)

Last week, Alonzo’s friend, fellow actor Janus del Prado, gave tips to a certain “G” on how to apologize. Many speculated “G” to be Anderson. Del Prado also stated that he received death threats from supporters of “G,” whom he described as “pa-victim (playing victim).”

(We don’t need validation from others. We don’t need to prove ourselves to each other because we’ve been friends for a long time already.)

Meanwhile, after confirming his relationship with Barretto last March, Anderson said the revelation gave him peace of mind. JB