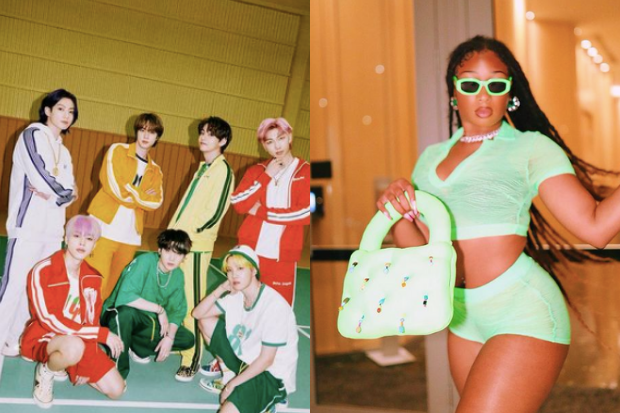 K-pop boy group BTS and American rapper Megan Thee Stallion have confirmed they will release a remix of the pop song “Butter,” following a legal dispute with Stallion’s label.

Stallion was barred by her record label, 1501 Certified Entertainment, from releasing the song, as per documents obtained by Variety yesterday, Aug. 24. She then submitted a petition to a US court, arguing that her career might suffer “irreparable damage” if the release was blocked.. The court ruled in Stallion’s favor, allowing her and the K-pop group to release the remix as scheduled.

“Yes, ‘Butter’ is back!” BTS announced through its official Twitter page today, Aug. 25. The group showed a teaser video for the upcoming remix, along with the date “2021.08.27.”

Meanwhile, Stallion confirmed the song’s release by showing a teaser photo on her Instagram page also today. The photo showed the original track’s cover art, also with the release date “2021.8.27.”

This is not the first time Stallion had a  legal disagreement with 1501 Entertainment. She previously sued the label and its CEO, Carl Crawford, for barring the release of her EP “Suga” in March last year.

Stallion was granted a temporary restraining order against her record label, though she remains under contract with it while legal proceedings are ongoing.  /ra