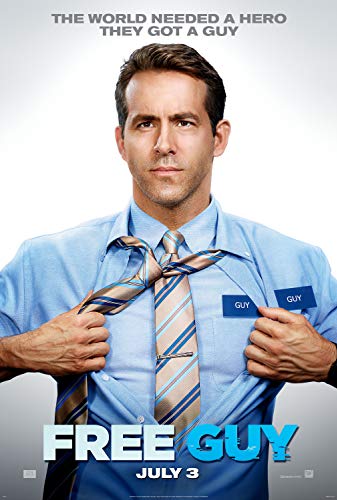 In the face of relentless headlines about war, disease and apocalyptic climate change, “Stranger Things” maestro Shawn Levy is offering an “antidote” to the misery with a story about hope, kindness and the very human tendency to transcend the sometimes grim realities of everyday life.

Due for release on Friday, sci-fi action comedy “Free Guy” — about a man who realizes he is a character in a video game — eschews some of the heavier philosophical themes around free will seen in the likes of “The Matrix” and “Blade Runner” in favor of a simple message: you are in control of your own destiny.

Ryan Reynolds takes a left turn from his more cynical, wiseguy persona in “Deadpool” to star as a wholesome everyman-type bank teller who discovers he is actually a background player in a video game and decides to take charge of his own story.

The film feels “like an antidote to much of what we’ve been living through, in that the movie is about hopefulness and the preservation of some innocence in the midst of a very cynical world,” Levy, directing his 14th feature, said at the recent world premiere in New York.

Every morning, his character Guy gets up, greets his goldfish, burns his mouth with scorching coffee, unperturbed by the explosions and the fights taking place around him.

His world is a video game and he is one of the minor, disposable characters that would be familiar to players of games like Grand Theft Auto.

But when Guy finally takes his destiny into his own hands, the well-oiled mechanics thought up by the creators of the game goes off the rails.

With a playful tone honed in his “Night at the Museum” trilogy, where skeletons and stuffed animals come alive at night, Levy deploys a gallery of familiar characters from hit games like Fortnite.

Against a backdrop of a love story, the narrative also unfolds on the other side of the screen, in the video game publisher’s studio.

Alongside Reynolds, the cast includes Joe Keery or “Stranger Things” fame, Jodie Comer, best known for her role in spy thriller Killing Eve, and Taika Waititi as a boss greedy for profits.

Produced by 20th Century Studios, owned by Disney which is distributing the film, “Free Guy” is getting a big promotion push in the United States and Levy did not hide that a sequel was already being considered. IB