AC Bonifacio thanks fans as she gains 4M followers on IG: 'It's been a crazy journey' | Inquirer Entertainment

AC Bonifacio thanks fans as she gains 4M followers on IG: ‘It’s been a crazy journey’ 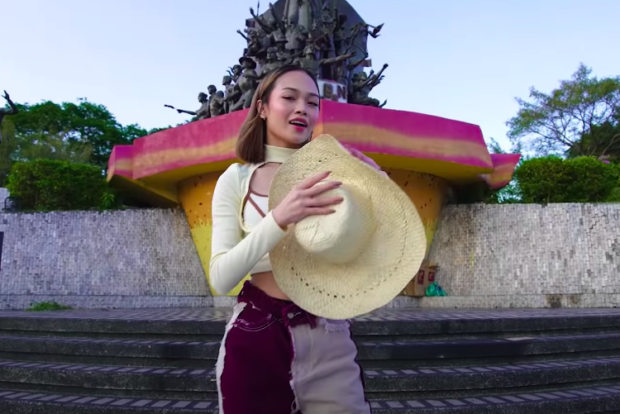 AC Bonifacio in the “Dance Around the World” video for “Going Dumb” (Image: screengrab from YouTube/Alesso)

Young artist AC Bonifacio now has over 4 million followers on Instagram, a milestone she celebrated by expressing her gratitude to her fans.

“[Four] MILLION OF YOU?? [That’s] actually insane,” Bonifacio said on Instagram yesterday, Aug. 2, as she shared never-before-seen photos of her “in honor of” her followers.

“[I remember when [I] first hit 10k and I was jumping for joy, ano pa ngayon (what more now) hahahaha it has been a crazy journey and [I’m] so happy we keep growing cause [it’s] not just me who gets to be with you all, [I’ve] seen people become friends [and] family because they meet at [mall shows, have the same interests [and] more!!” she emphasized.

“[People] who support me, support each other as well! [Kaya] (So) thank you because during these times we have all been there for each other and I really [couldn’t] have done anything without you,” she said.

Bonifacio is known for her talent in dancing and has achieved several milestones in the international scene. Most recently, she was recognized by American star Cardi B for her dance cover of the latter’s hit song, “Up.”

Her dance cover of “Butter” by BTS was also “liked” by the South Korean supergroup itself through its official TikTok account.

The young dancer also represented the country last May by dancing in the music video for “Going Dumb,” a musical collaboration between Swedish DJ Alesso, K-pop group Stray Kids and Chinese artist CORSAK.

Bonifacio also guest-starred in “Riverdale” as Star Vixen, who dances off with Madelaine Petsch’s Cheryl Blossom in an episode released earlier this year.

She was also the 2nd prize winner in K-pop group Blackpink’s “How You Like That” dance cover contest last year.

[I’ve] got exciting things coming up for you guys so get ready hehe!! [I] love you all @acnaticsofc and [I can’t] wait to celebrate anniversaries [and] give you all the biggest hugs!!!” Bonifacio told her followers.  /ra