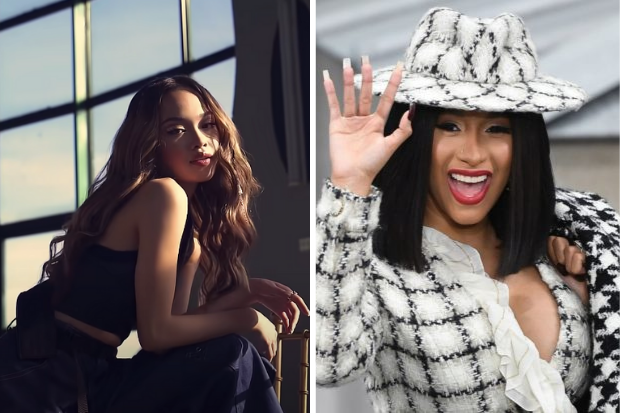 AC Bonifacio has once again been internationally recognized for her talent in dancing as Cardi B  herself shared her “Up” dance cover on Instagram.

Bonifacio and many others have since shared screenshots of Cardi B’s Instagram Story as Bonifacio fangirls over getting noticed. For one, Warner Music Philippines posted it via its own Instagram Stories to share with fans. 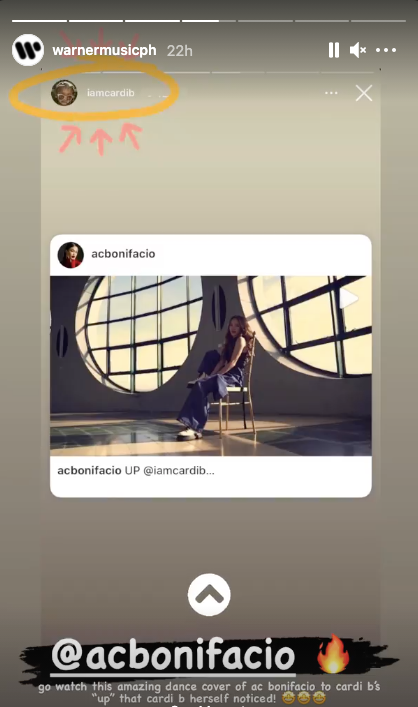 “I can now rest in peace. Thank you, Cardi B,” Bonifacio said in her own Instagram Story yesterday, June 30, sharing a screenshot of Cardi B’s post sharing the dance cover.

Singer Zephanie Dimaranan likewise shared the news via her own Instagram Story, where she lauded Bonifacio and told her that she is proud of her. 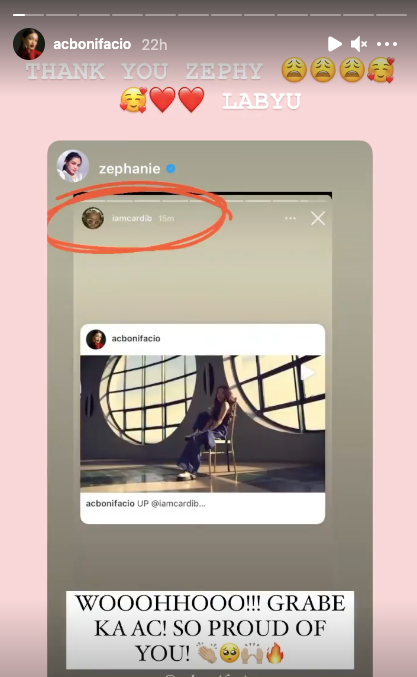 Bonifacio’s full dance cover of “Up” was uploaded to her YouTube channel also on June 27 and has so far gained over 71,000 views and around 11,000 likes.

The said cover was shot at the World Trade Exchange Venue & Events Place, according to Bonifacio.

Prior to getting noticed by Cardi B, Bonifacio was also recently noticed by K-pop supergroup BTS, as her “Butter” dance cover on TikTok was liked by the boy band’s official account.

Bonifacio has also made her mark in the international scene by guest-starring in “Riverdale” as Star Vixen, who dances off with Madelaine Petsch’s Cheryl Blossom in an episode released earlier this year.

The young dancer also represented the Philippines last May by dancing in the music video for “Going Dumb,” a musical collaboration between Swedish DJ Alesso, K-pop group Stray Kids and Chinese artist CORSAK.

Bonifacio was also the 2nd prize winner in K-pop group Blackpink’s “How You Like That” dance cover contest last year.  /ra