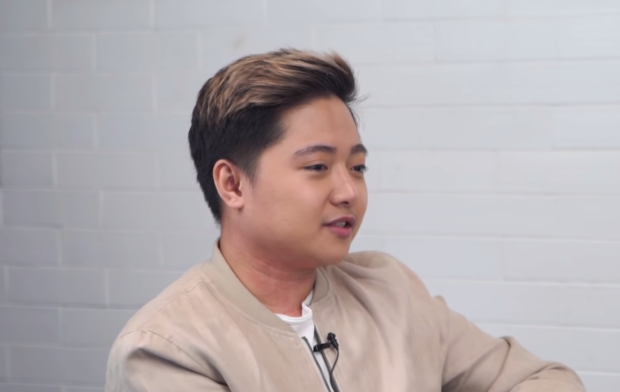 Jake Zyrus opened up about his past as Charice Pempengco and the pain he experienced with hiding his gender identity prior to coming out as a transgender male.

“Nung na-discover na [si] Charice (When Charice was discovered), global superstar Charice being onstage with David Foster & Friends, Oprah (Winfrey) [and] Ellen (DeGeneres), that was one of my [pains] because I did not want to sound ungrateful,” the singer stated during an interview for TV host Toni Gonzaga’s YouTube vlog yesterday, June 30.

He added that he constantly struggled with how he identified himself, even before his career in the music industry took off.

“It was always there — the struggle [and] pain of hiding yourself,” he said. “Towards my transition, before I came out, at the very end, I was like, ‘No. No. No.’ But at the same time, it came to the worst of the worst.”

Zyrus outlined how his confusion affected his mental health and the time that he hit rock bottom, when his struggles pushed him to attempt to take his own life.

Looking back, he now realized that he mostly considered other people’s acceptance when he thought of coming out, specifically the approval of Foster, Winfrey and his fans.

Zyrus also recounted the times he woke up after an attempt to end his life, stressing that the experience was so “dark” and a “very bad place to be.”

“It’s a very dark place, and I’m saying this not because I’ve experienced it three times and I want to be able to share it [with] other people who might be going through the same. No. It’s a very, very bad place to be,” he said.

He then recalled that after his third attempt, Foster was one of the first people who visited him in the hospital. He added that Foster did not push him to wear a dress during their performance later that day, which he now considers a big deal.

“That was the first time that they let me wear something like that and that was a big thing for me. And I remember being comfortable,” he stated.

Aside from the mental health toll of his struggles with coming out, Zyrus also recounted using the name “Jeric” as a child and having a female crush in elementary school.

He also noted that he understands if people may have different beliefs or opinions about him, but he asked for the public’s respect.

“If you don’t understand me, then maybe just be kind to me,” he said “I think that’s the most important thing even not just for LGBT, but for everything.” JB

Read Next
LOOK: Cardi B shares AC Bonifacio’s ‘Up’ dance cover
EDITORS' PICK
Geek out at TOYCON 2022 powered by Smart Signature
UK’s Boris Johnson will resign, BBC reports
High-risk pregnancy: Reducing your risk is in your hands
House energy committee chair Arroyo bats for cheap electricity
High inflation: Your P1 is now worth only 87 centavos
Unemployment rate up to 6% in May
MOST READ
Suspect in grisly killing of missing woman in Bulacan arrested
Hong Kong suspends flight bans as it eases COVID-19 rules
Kim Atienza’s daughter flaunts bikini body in response to critics of her ‘revealing photos’
Cop slain in Isabela ambush
Don't miss out on the latest news and information.