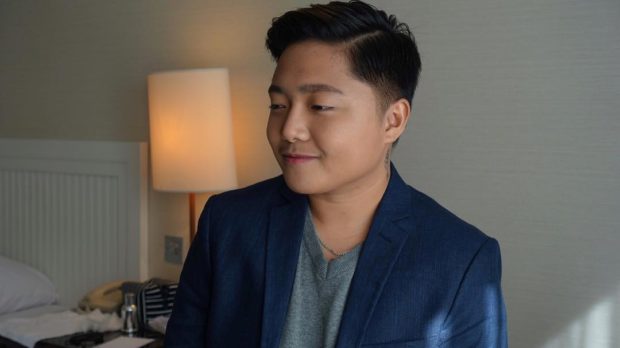 Jake Zyrus is grateful for the documentary “Jake and Charice” being nominated in the 2020 International Emmy Awards even if it failed to bag the award.

“Jake and Charice,” based on the life of the singer, was nominated under the prestigious awards’ Arts Programming category, where it went up against three other entries from France, Brazil and the United Kingdom.

“Still, I am grateful. To be nominated and to see my story being told all over the world is a winning moment for all of us,” Zyrus said on Instagram yesterday, Nov. 24.

“Thank you @iemmys for sharing my story. Thank you to my team, to NHK Japan, ABS-CBN and Documentary Japan Inc for trusting me,” Zyrus said.

“Jake and Charice,” produced by Japan’s national broadcasting organization NHK in cooperation with ABS-CBN, entered the list representing Japan. It tells the story of Zyrus’ new life after transitioning from Charice Pempengco into the transgender man he is today.

“To Japan, representing your country has been an honor and will always be, but I am really proud to share this moment, as a Filipino. MABUHAY KAYO. MABUHAY TAYONG LAHAT (Long live! Long live all of us)!!!” he said.

The documentary premiered in Japan in November last year, where it won the Gold Camera award.

Prior to “Jake and Charice,” Zyrus had worked with Japanese filmmakers as she starred as Akira in the movie “Yaru Onna” (“She’s a Killer”) back in 2018.  /ra