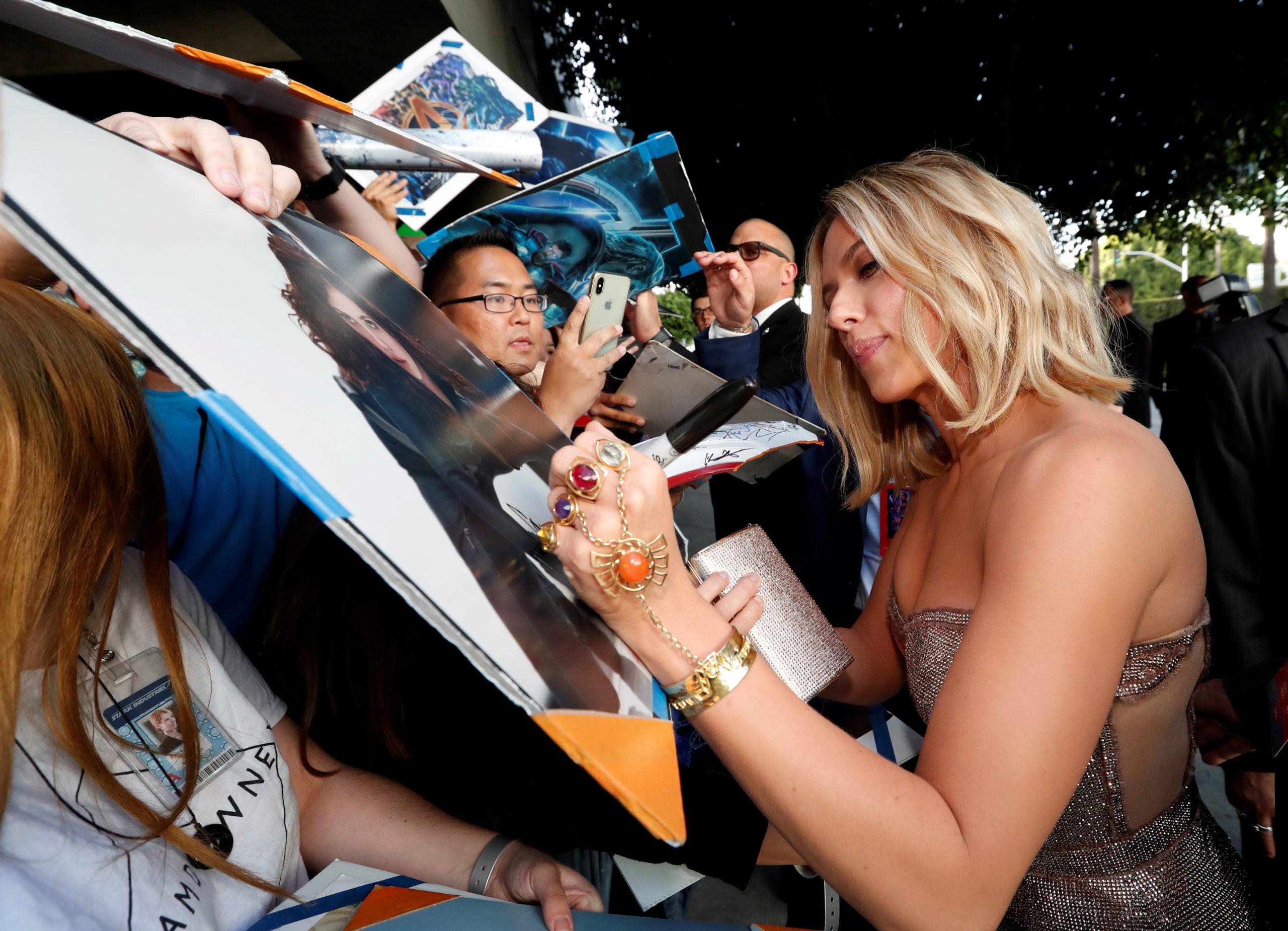 Cast member Scarlett Johansson signs autographs on the red carpet at the world premiere of the film “The Avengers: Endgame” in Los Angeles, California, April 22, 2019. (REUTERS)

LOS ANGELES  – Scarlett Johansson, star of the Marvel superhero movie “Black Widow,” sued the Walt Disney Co on Thursday, alleging that the company breached her contract when it offered the movie on streaming at the same time it played in theaters.

Disney said there was “no merit” to the lawsuit, saying it had complied with her contract. It added in a statement that the release of the movie on its streaming platform had “significantly enhanced her (Johansson’s) ability to earn additional compensation on top of the $20 million she has received to date.”

Johansson’s complaint, filed in Los Angeles Superior Court, argued that the dual release strategy of “Black Widow” had reduced her compensation, which was based partly on box office receipts from what was supposed to be an exclusive run in cinemas.

“Black Widow” debuted on July 9 in theaters and for a $30 charge on the Disney+ streaming service. Disney has been testing the hybrid pattern for some films during the coronavirus pandemic as the company tried to boost its streaming service while many movie theaters around the world were closed.

Johansson’s lawsuit, filed in Los Angeles Superior Court, claims that Disney wanted to steer audiences toward Disney+, “where it could keep the revenues for itself while simultaneously growing the Disney+ subscriber base, a proven way to boost Disney’s stock price.”

The suit seeks unspecified damages to be determined at trial.

The outcome could have broad ramifications in Hollywood as media companies try to build their streaming services by offering premium programming to lure subscribers.

The Disney statement said the lawsuit was “especially sad and distressing in its callous disregard for the horrific and prolonged global effects of the COVID-19 pandemic.”

“Black Widow,” the story of the Russian assassin turned Avenger, pulled in $80 million at U.S. and Canadian box offices over its debut weekend. The movie also generated $60 million through Disney+ purchases, Disney said.

Johansson has played the character in nine Marvel films.

Other movie studios including AT&T Inc’s Warner Bros. have negotiated payments to actors and others involved in films that were originally planned for theaters only but also offered on streaming during the pandemic.

Johansson’s suit said her representatives approached Disney about resolving the issue but were “largely ignored.”

The actress topped the Forbes magazine list of the world’s highest-paid actress in 2018 and 2019. Johansson’s pre-tax earnings totaled $56 million from June 2018 to June 2019.