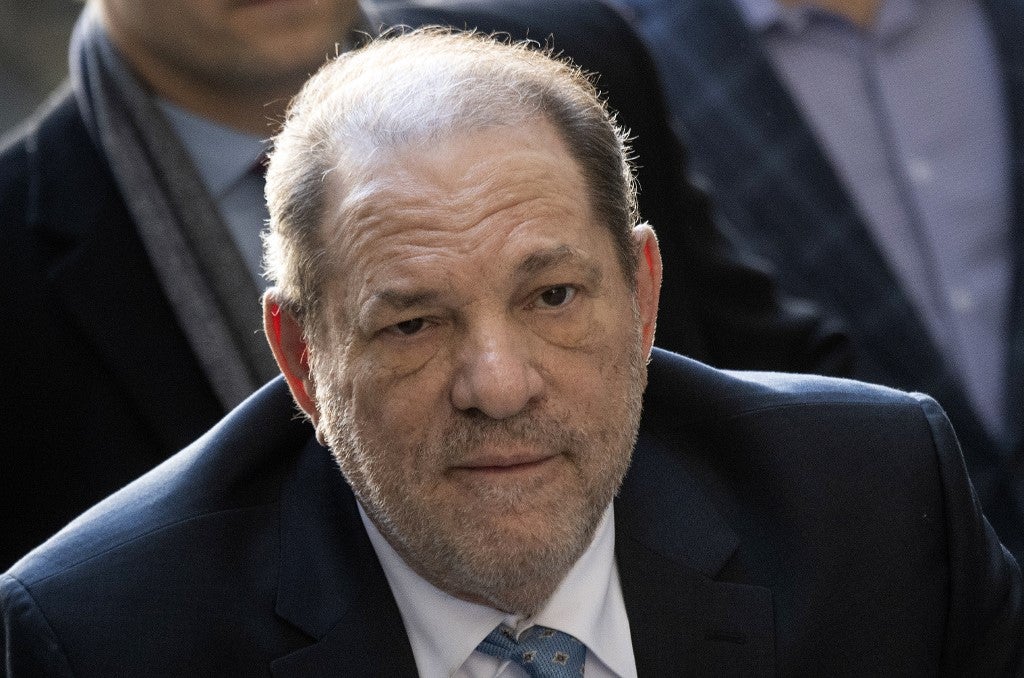 In this file photo taken on February 24, 2020 Harvey Weinstein arrives at the Manhattan Criminal Court in New York City. – A US federal judge in New York on July 14, 2020 rejected a proposed civil settlement that would have created a nearly $19 million fund for dozens of women who suffered sexual misconduct and harassment at the hands of Harvey Weinstein. (AFP)

LOS ANGELES  – Disgraced Hollywood producer Harvey Weinstein’s bid to have two charges of sexual assault against a woman thrown out was rejected by a Los Angeles judge Thursday.

Weinstein, already convicted of rape in New York, was extradited last week to the California city where he once towered over the movie industry, but now stands accused of the rape and sexual assault of a total of five women.

Judge Lisa Lench dismissed the defense’s claim that an alleged rape and oral copulation by force of a woman in a hotel room between 2004 and 2005 fell outside the statute of limitations.

But the judge sustained a similar defense argument involving an allegation of sexual battery against another woman in 2010, ordering prosecutors to amend their charge for it to proceed.

Weinstein’s attorney Mark Werksman told journalists outside the court following Thursday’s hearing that “one-fifth of the prosecution’s case has been gutted.”

A pretrial hearing in the case is set for September 13.

He has denied 11 Los Angeles charges that, if convicted, could see him jailed for an additional 140 years.

Weinstein has said all his sexual encounters were consensual.

His lawyers attempted to block the extradition to Los Angeles on medical grounds, and a judge has granted a new medical examination.

Werksman last week told reporters that Weinstein — who attended both Los Angeles hearings in a wheelchair — is unable to walk due to a spinal condition.