Donny Pangilinan on understanding what’s in a bully’s mind 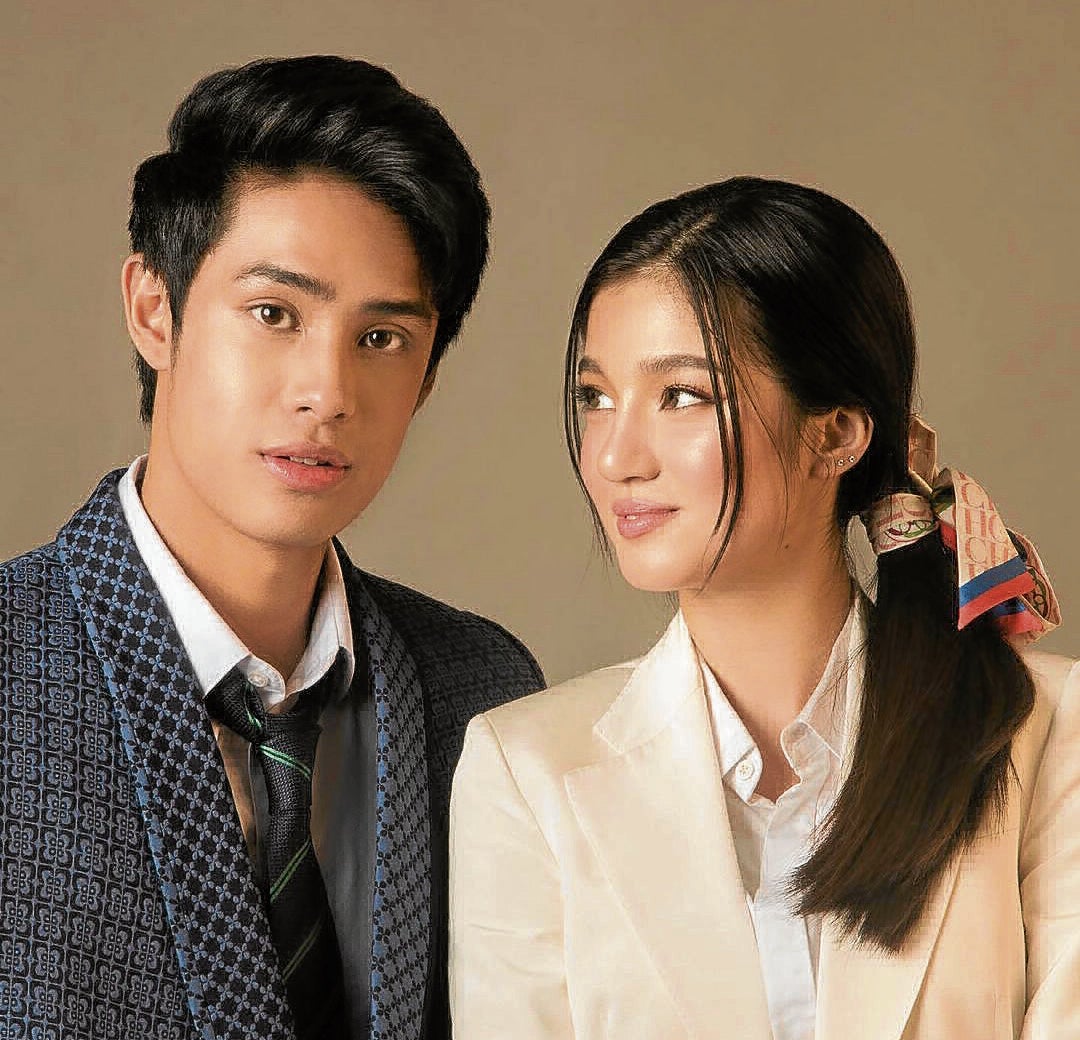 While bullying shouldn’t be tolerated, bullies should be treated with care and understanding,” said young star Donny Pangilinan, who admitted to having experienced bullying in the past.

“We have to remember that everyone is going through something, as in everyone. If you know of a popular dude who acts as if he has it all, think again, because you don’t know what’s happening to him at home; you don’t know his needs,” Donny told showbiz writers and vloggers during a recent virtual meet.

Donny claimed to now have a better understanding of what’s going on inside the head of a bully after having played Deib Lohr Enrile in the highly successful adaptation of the Wattpad novel, “He’s Into Her.”

In the series directed by Chad Vidanes, Deib is the basketball varsity captain of the exclusive Benison International School, where he meets lead character, new student Maxpein del Valle (Belle Mariano), the spunky provincial girl who is trying really hard to fit in. Max admits she feels like she’s being treated as an unwelcome outsider, crediting Deib for getting all their batchmates to prank and bully her.

But the more they engage in their game of cat-and-dog one-upmanship, the more Deib realizes that his goal to crush Maxpein’s spirit has turned into a love crush for the girl he never thought he would even like. However, the return of the ghosts from their past and their various family problems threaten to ruin the blossoming and fragile romance.

“You don’t know where he is coming from and, more often, he takes it out on other people. Bullying is still wrong, but you have to understand that school becomes his venue, and it sucks! It shouldn’t be that way. But everyone has his own story, and what you can do is try to relate to him and understand him,” the 23-year-old pointed out.

The press conference was held to promote the special online concert, titled “He’s Into Her: The Benison Ball,” set on Aug. 6, exclusively on ktx.ph.

“What’s nice about the ball is that, even if we are performing on stage, you will still see us in our characters. I won’t be Belle. I’ll be Max. You will also get to see the different cliques. It will really look like a ball. We’re all excited,” Belle explained.

She added that viewers will also experience the same kilig they feel when they watch Max and Deib in the regular weekly episodes that have been streaming on iWantTFC since May. 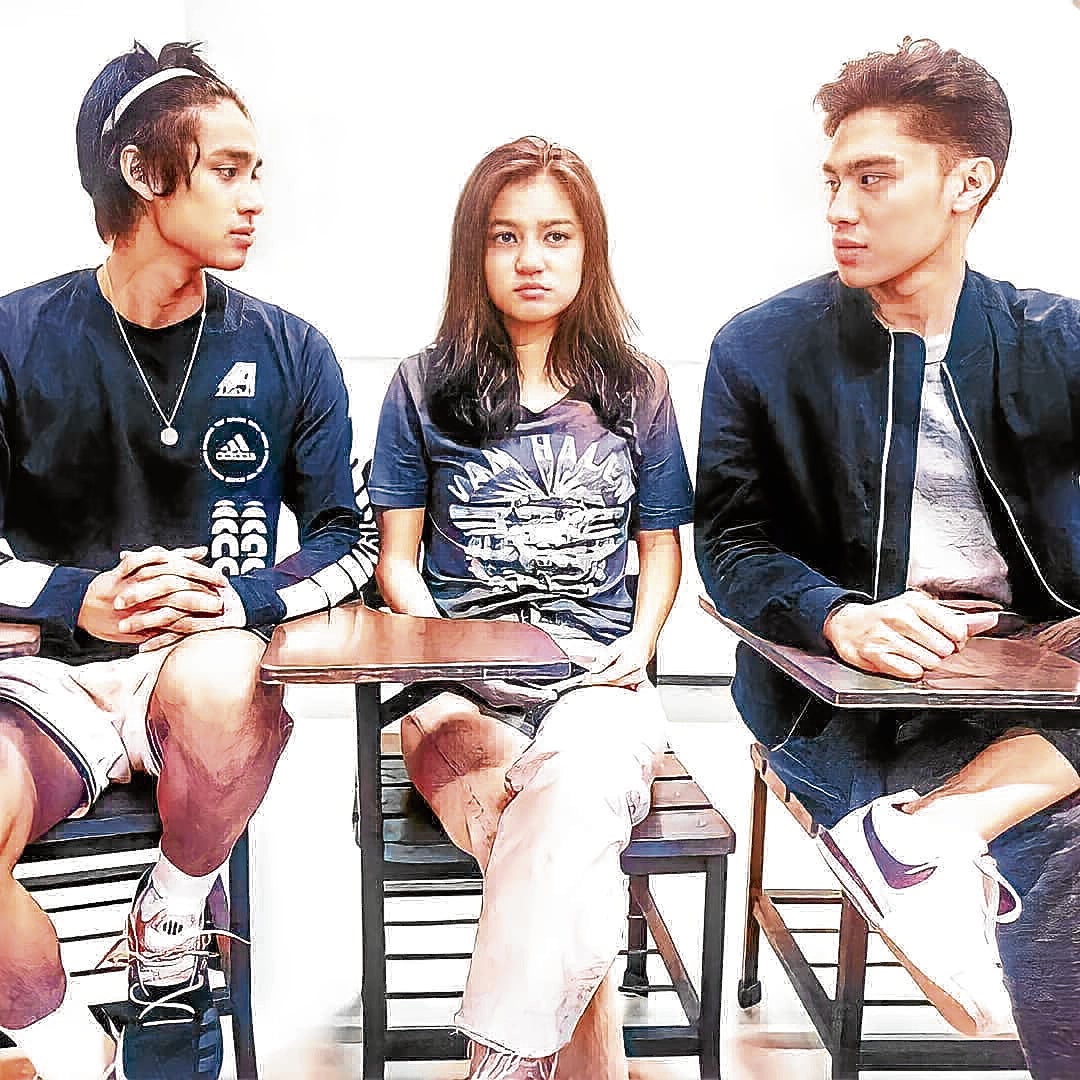 Belle also said that as the series draws to a close, it’s easier for her and Donny to make each other feel that kilig compared to when they were still taping the first few episodes and hardly knew each other yet.

Donny agreed, saying, “It’s because we’re already more comfortable being with each other now. We’ve already come to a point at work when we could say, ‘If we need to do it, let’s do it now.’ We don’t have to think so hard. It helps that Belle and I often read the script together and consult each other on how to best do a particularly difficult kilig scene.”

This goes for all their crying scenes, too, admitted Donny.

“I think the cast knows this. For the crying scene on episode 7, it took me a while to get back in the zone. I had to stay on one side and tell myself, ‘Breathe, breathe, breathe.’ We really felt every scene that we did. We became our characters. You want to relate to them and, sometimes, this gets carried over to the next scene. You have to be careful of that,” he explained.

When it came to handling the pressure of DonBelle being called the next biggest love team, Belle said she and Donny chose not to let this get to their heads and simply be supportive of each other.

To this, Donny replied: “Belle and I are very focused. We know there are a lot of stuff going around and that we have these labels but, honestly, we don’t want to get super pressured. Obviously, we’re both very overwhelmed with the people’s reaction to the show. Belle is right. We cope with it by choosing to simply support each other.”

Being the third wheel to an already effective onscreen partnership puts a lot of pressure on Jeremiah Lisbo’s shoulders, too, the young actor admitted.

In the series, he plays Deib’s rival, Randall Echavez, who is also an extremely talented basketball player. He claimed that he and Randall are so much alike in terms of personality.

“I’m also the type who never gives up—no matter how many mistakes I’ve committed in the past—when it comes to pursuing something or someone I like,” Jeremiah declared. “If I like you, I will really try my best to make you feel that.”

He admitted to feeling “challenged” because DonBelle already has a “solid chemistry,” as well as a solid fan base.

“I try to hurdle this particular challenge by making sure I give my best in all of my scenes. It’s really tough to try to come between Donny and Belle in this project,” he added. “He’s Into Her” streams on iWantTFC every Friday and airs on the Kapamilya Channel, A2Z, and on the Kapamilya Online Live YouTube channel every Sunday. General admission tickets to the special concert are priced at P99. VIP tickets, which were already sold out three days after their release, will give holders the chance to join the after-party and interact with the cast.