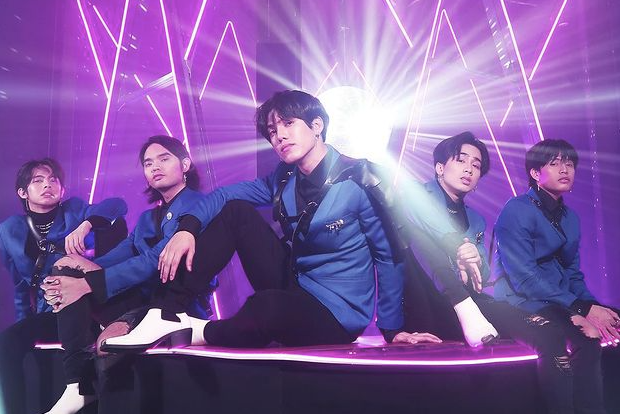 SB19 has recounted that their group once considered disbandment after going through an uncertain time during their years-long training.

Justin added that before SB19 debuted in 2018, the group had a mix of both male and female members, but as the years of training went by, only one person decided to stay.

“Marami pa kaming kasama noon tapos unti-unting umaalis. Nag-alisan lahat pero si Stell, nagdecide po siyang mag-stay,” he said. (We had many members before but they slowly went away. Everyone left but Stell decided to stay.)

Despite having to quit his “real job,” Stell stated that he wanted to continue working with the group because it was something that he wanted to achieve in life. This sentiment was later realized by Josh, shortly after walking away from training.

“Paglabas ko po ng building naisip ko, ‘Yung decisions ko ba tama?’ (When I got out of the building, I thought ‘Am I making the right decision?'” Josh recounted. He stated that he wanted to give his dreams a chance and advised fans to follow their ambitions so they will not have regrets later in life.

“Hindi mo mapapatunayan sa sarili mo na kaya mo. Isagad mo na, i-try mo na lahat,” he added. (You won’t be able to prove to yourself that you can do it [if you don’t try]. Give it your all, try everything.)

SB19 also recounted being called “wannabes” and “copycats” when they first launched their group, criticisms that are not a big deal for them anymore.

Gonzaga stated that she found the group’s story inspiring and admitted that she is also a member of its fan group A’TIN.

“No matter how painful, how difficult and how impossible it may be. They’re so inspiring,” the TV host said. “Toni is officially an A’TIN.”

SB19 has been keeping itself busy over the past month, as it released its collaboration with the folk pop band Ben&Ben for their song “MAPA.” They were also recently awarded the Top Celebrity Award in the TikTok Awards 2021. Meanwhile, their virtual concert “Back In The Zone” was postponed to August due to health concerns. JB