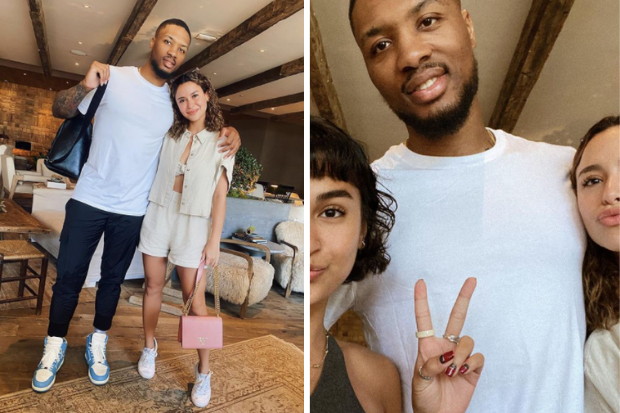 Yassi and Issa Pressman have finally met with NBA superstar Damian Lillard as the two sisters spend time in Los Angeles, California, in the United States.

Both the Pressmans took to Instagram earlier today, July 3, to share with fans their photos with the pro-basketball player, who is also known for recently lending a hand to Filipinos.

“It’s about DAM(E) TIME we see each other in person [laughing emoji],” Yassi said in her post, showing Lillard with his arm around the actress’ shoulders for the picture.

“But seriously [though, I] wanna say thank you to this big guy for spending time today, for helping me out during my reachout in the PH when the Philippine General Hospital (PGH) caught fire, [and] just for being the kind-hearted person that he is,” Yassi said.

Yassi was among the first to rush to the PGH’s aid when it was hit by a fire on May 16. Six days later, Yassi shared on Instagram clips of her visit to the fire-struck hospital while calling on others for donations.

She specially mentioned Lillard back then for donating a “generous amount” to the government-run institution despite being in the US.

“You are truly a gem. So down to earth. My most favorite player. Can’t wait to see you again soon!” Yassi emphasized.

Issa’s Instagram post, meanwhile, showed a close-up photo of her and Yassi with Lillard at the center, only with the caption “Was a pleasure to meet you, Dame.”

Lillard has visited the Philippines twice so far: first in 2014 for the Last Home Stand charity basketball event, and then in 2016 as part of his Summer Tour.  /ra

Yassi Pressman donates to fire-hit PGH, urges others to help too