Yassi Pressman donates to fire-hit PGH, urges others to help too 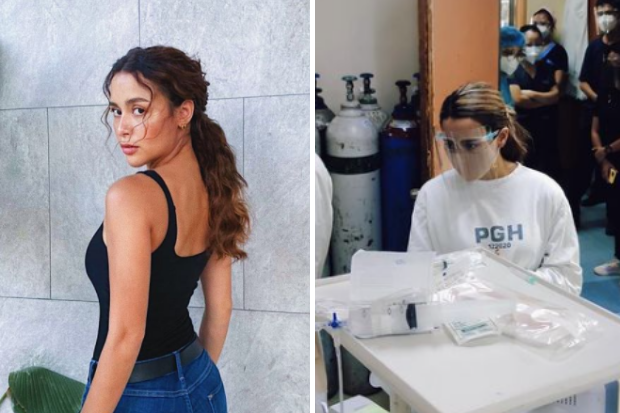 Yassi Pressman is calling on others to also help out the Philippine General Hospital (PGH) after it was hit by a fire on May 16.

Pressman gave fans a look inside the razed building through a video of their visit via Instagram on May 29. Pressman, along with Ang Probinsyano Rep. Ronnie Ong, visited PGH on May 22.

“On May 16, 2021 the Philippine General Hospital was hit by a catastrophic fire which destroyed medical equipment and put people’s lives at risk, especially the babies in the NICU on the floor directly above the fire,” Pressman said.

“Last Saturday we took the time to visit PGH, the hospital was in dire need of help,” she added.

Pressman said that her visit made her “deeply appreciate all the nurses, the volunteers, the staff and the mission of the hospital.”

The actress also pointed out that the said public hospital takes care of 80% of its patients for free, and also freely performs around 30,000 surgeries per year. Surgical procedures were, however, temporarily suspended due to the fire.

(It was really heartbreaking seeing all of the infants, I really salute those who helped. They told me how they managed to save the infants while the fire was ravaging the building, and how they almost just put the smallest children in their pockets and that they had to pump oxygen into the children’s lungs just to save their lives.)

(I salute all the people who did not think twice about helping and did not give up on getting the babies outside the hospital, and how they had to help them breathe before they could get the breathing machines and put them in a safe place. With God’s grace, all of the children survived.)

Pressman also extended his thanks to NBA star Damian Lillard who donated to the cause, noting that he was able to help even if he is not in the Philippines.

Earlier this day, June 1, Pressman took to Instagram again to share photos of her visit to the PGH and show the healthworkers and the damaged building.

“They still need our help,” said Pressman, who provided contact details on how to donate to the hospital as the last picture of the said post.

The fire reportedly broke out in the middle of the night at the hospital’s third floor, where the supply area of the operating room is located.  /ra