Bea Alonzo thanks ABS-CBN as she becomes a Kapuso: 'Forever grateful for everything' | Inquirer Entertainment
Close
menu
search

Bea Alonzo thanks ABS-CBN as she becomes a Kapuso: ‘Forever grateful for everything’ 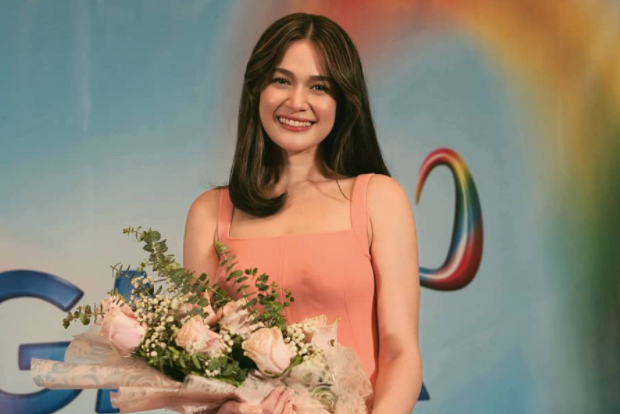 As Bea Alonzo officially became a Kapuso yesterday, July 1, the actress expressed her gratitude to her previous home, ABS-CBN, for the two decades she spent there.

“I would like to thank everyone who has been a part of my 20-year journey, my fans, my colleagues, and the people who gave me opportunities and who have helped hone my talent,” Alonzo posted on Instagram yesterday.

“To my ABS-CBN family, MARAMING SALAMAT PO (Thank you very much). I will forever be grateful for everything,” she added.

Alonzo’s first dive into show biz was back in 2001, when she appeared as one of the members of ABS-CBN’s “Star Circle” batch 10 alongside Dennis Trillo, Alfred Vargas, TJ Trinidad and Nadine Samonte, among others.

She has since starred in several blockbusters including “One More Chance,” “Four Sisters and a Wedding” and “A Second Chance.” Alonzo has also led several teleseryes including “It Might Be You,” “I Love Betty La Fea,” “A Beautiful Affair” and many more.

Alonzo is now known as one of the country’s top stars, with several Best Actress recognitions under her belt.

She also has one of the country’s most loved and famous love teams with John Lloyd Cruz, who recently just returned to show biz from a four-year hiatus.

“And now, I am entering a new chapter… To my GMA family, I am humbled that you put your trust in me and I am beyond excited to be able to learn and grow in my new home,” Alonzo said.

“Here’s to new beginnings,” she then ended her post, which came with photos from her contract signing event yesterday.

Cruz is also expected to appear on GMA shows as part of his showbiz comeback. They have yet to announce, however, if fans will be seeing the two together anytime soon.  /ra