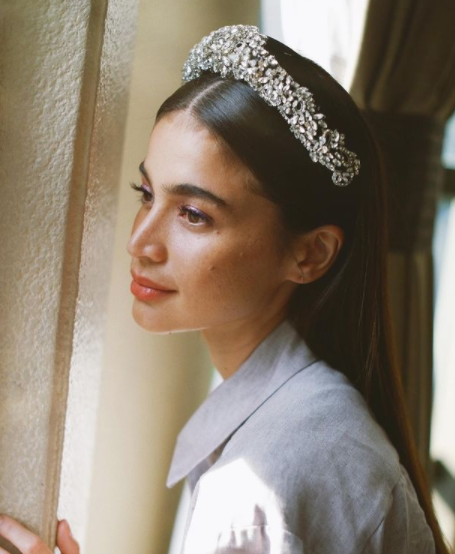 Anne Curtis assured that she will not be leaving ABS-CBN amid rumors that started after she met with GMA Network executives.

Speculations started yesterday, July 1, when one Twitter user with the handle @acurtisheussaff shared a screenshot of producer Joey Abaca’s Instagram post showing him in a video call with Curtis.

(Please tell us that this is just for GMA films and that you are not transferring to GMA.)

The actress herself took notice of the tweet and shut down speculations quickly before it could blow up.

“Hahaha Yes. Kalma (Calm down). They pitched a film for next year na hindi pa naman (that is not) sure yet. As always, I need to read the script first before making a decision,” Curtis tweeted also yesterday.

“The last [Viva] x [GMA] film I did was ‘IN YOUR EYES’ with Ate Claudine & Richard. I was already a Kapamilya then. So Kalma Lang (So just calm down)!” she added

Hahaha Yes. Kalma. They pitched a film for next year na hindi pa naman sure yet. As always, I need to read the script first before making a decision. The last viva x gma film I did was IN YOUR EYES with Ate Claudine & Richard. I was already a Kapamilya then. So Kalma Lang! 💖 https://t.co/80FqdrZZgh

In another tweet, Curtis emphasized that she will also be returning to ABS-CBN’s noontime variety show “It’s Showtime,” where she hosted alongside Vice Ganda, Karylle, Vhong Navarro and Ryan Bang, among others.

She started her break from hosting on the said show when she was still pregnant with her first daughter, Dahlia. She gave birth in March last year in Australia and has since returned to the Philippines with her family last February.

Along with her sister-in-law Solenn Heussaff, Curtis recently launched a fashion band for babies called Tili Dahli, inspired by their babies Thylane and Dahlia.  /ra

Bea Alonzo thanks ABS-CBN as she becomes a Kapuso: ‘Forever grateful for everything’