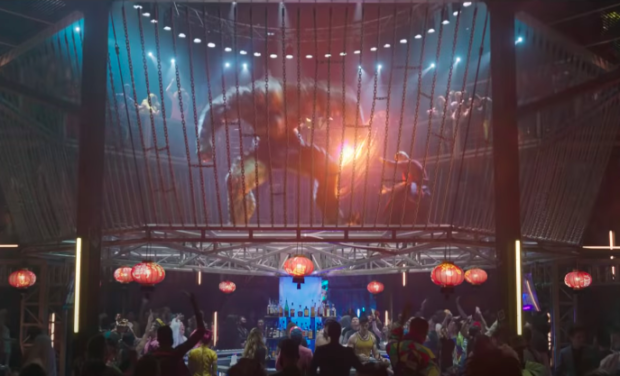 As unexpected as it seems, it was indeed the Abomination and Wong fighting in a cage match shown in the new “Shang-Chi and the Legend of the Ten Rings” trailer, Marvel Studios head Kevin Feige confirmed.

Feige confirmed the said fan speculation in an exclusive interview with Rotten Tomatoes released on June 29, just four days after the trailer dropped.

Fans were first unsure about the return of Abomination, who was first and last seen in 2008’s “The Incredible Hulk,” because of his updated look.

As seen in the trailer, Abomination a.k.a. Emil Blonsky, who was played by Tim Roth, now dons fins on his face and his spine, something fans pointed out to be more comic-accurate, but still a bit different from the 2008 version.

Before Feige’s interview, however, Marvel had already subtly confirmed that it was really the Abomination by naming him in the trailer’s subtitles on YouTube.

While viewers noted that the sorcerer Abomination was fighting in the trailer resembled Wong, they were still unsure because he was only shown from afar and for only a few seconds. Moreover, the actor, Benedict Wong, was uncredited as a cast member.

With Feige’s confirmation now, however, it is safe to say that “Shang-Chi and the Legend of the Ten Rings” will mark the official return of the Abomination instead of “She-Hulk,” where Roth has been confirmed to reprise his role as the Hulk rival.

How a master of the mystic arts will end up in “Shang-Chi” is still unknown, but with an almost all-Asian cast and the mystical setting behind the Ten Rings organization, Wong will seemingly fit right in.

Roth will be appearing in the Disney Plus series “She-Hulk” alongside Tatiana Maslany, Mark Ruffalo and Jameela Jamil when it premieres in 2022.

“Shang-Chi and the Legend of the Ten Rings” will, meanwhile, hit theaters on Sept. 3 this year and will mark Liu as the MCU’s very first Asian lead superhero. Ian Biong /ra