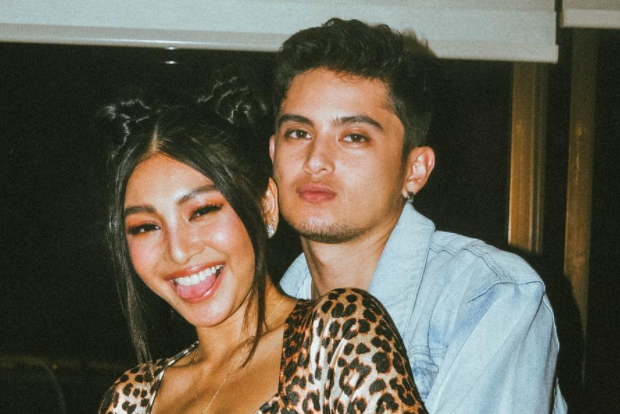 Nadine Lustre admitted that she considers her ex-boyfriend, actor James Reid, her “great love” as she noted that they both helped each other grow when they were together.

“I think he was a great love [because] we learned a lot of things. We grew a lot. We were helping out each other. Hindi siya ‘yung basta-basta lang na pa-sweet lang (It wasn’t just a cheesy [relationship]),” the actress said in an interview with broadcaster Karen Davila for the latter’s YouTube vlog on Saturday, June 26.

Lustre explained that she learned a lot of things from her relationship with Reid which helped her “change for the better.” She also recalled that when her brother passed away in 2017, Reid became her “foundation” while she was mourning.

Lustre acknowledged that fans of their love team JaDine may have been disappointed about their breakup, but she stressed that she and Reid do not have ill feelings against each other, and that their split was a “mutual decision.”

“It wasn’t really a bad breakup. We just wanted to work on ourselves,” she said. “He had to take care of his family, focus on his career, and I had to focus on my career and take care of my family and myself. That’s why we remained friends.”

The actress clarified that when she called it quits with Reid on November 2019, there was no third party involved. She also noted that when she left her shared home with Reid, it marked a “new chapter” in her life.

“When I moved out, it was a start of a new chapter. [Because] I had to grow, we both had to grow,” she stated. When asked if she thinks she will fall in love again, Lustre said she is sure it will happen.

“I believe [that] at the end of the day, if you guys are meant to be together, it will all fall into place,” she added.

Lustre and Reid announced their breakup in January 2020, after three years of being a couple. They have since collaborated for the actress’ album “Wildest Dreams,” which was released under Reid’s label Careless. JB

Read Next
Kris honors Noynoy Aquino with video tribute: ‘Blessed to have had you as our brother’
EDITORS' PICK
For the record: Duterte leaves legacy of impunity – CHR
Honolulu Café is the cure for your Egg Tarts and Roastings cravings
House energy committee chair Arroyo bats for cheap electricity
Supermajority, family ties shape new Senate
Distrustful employers urged: Give hybrid work setup a chance
Luxe property: A way to build, preserve wealth
MOST READ
3 senators vying for Senate presidency – Cayetano
Julia Barretto to say ‘yes’ if Gerald Anderson proposes: ‘I’m not scared’
No Marcos appointments to High Court until 2025
It’s gonna be all right, Taylor Swift tells NYU graduates at commencement
Don't miss out on the latest news and information.