Kris honors Noynoy Aquino with video tribute: 'Blessed to have had you as our brother' | Inquirer Entertainment

Kris honors Noynoy Aquino with video tribute: ‘Blessed to have had you as our brother’ 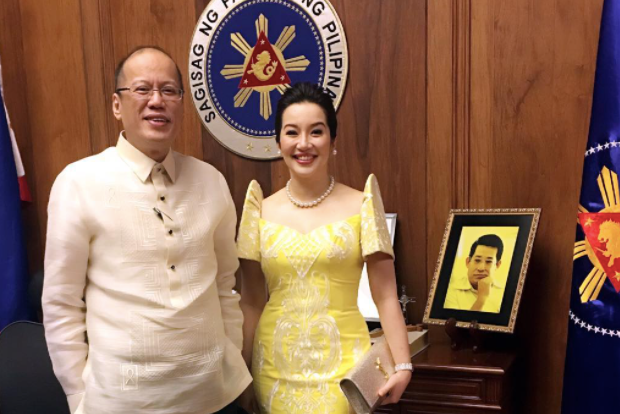 Kris Aquino paid tribute to her brother, former President Benigno “Noynoy” Aquino III, through a video for him and declaring she was blessed to be his sister.

“We love you and we are so blessed to have had the privilege to have had you as our brother. We’ll miss you forever,” the actress stated as she showed the video on her Facebook page yesterday, June 28.

The tribute included footage from her brother’s wake, various events from his term as president and photos of her children Josh and Bimby spending time with Noynoy, among others.

“Mission Accomplished, Noy! Be Happy with Dad and Mom,” Kris addressed her departed brother as a revised version of Moira dela Torre’s song “Paubaya” can be heard in the background.

"We love you and we are so blessed to have had the privilege to have had you as our brother. We’ll miss you forever."

Kris also displayed the same video on her Instagram page today, June 28. She explained that she took the footage before the late former president was cremated at Heritage Memorial Park in Taguig City.

Kris also noted that her social media account had become a venue of a “feud” between her and Noynoy, but she was eventually able to reconcile with him.

“I am praying that Noy will give me, ‘bunso’ as he refers to me to all those closest to him, a clear sign when he is ready for me to tell all of you our story — until then this bunso has learned her lessons and will stay silent,” she added.

Noynoy was the only son of late former President Cory Aquino and late former senator Ninoy Aquino, both regarded as icons of democracy. He served as the 15th President of the Philippines from 2010 to 2016.

He died in his sleep last Thursday, June 24, due to renal disease secondary to diabetes. His funeral mass was held at Ateneo de Manila University and he was buried at Manila Memorial Park, next to his parents. JB