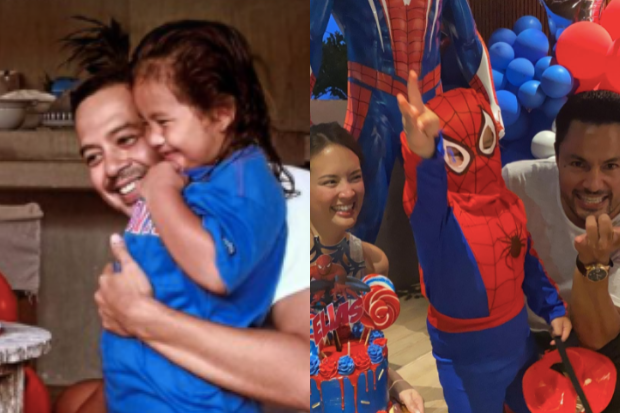 John Lloyd Cruz and Ellen Adarna’s son Elias appeared to have had a great time as the superhero Spider-Man, while he had two separate celebrations for his third birthday.

The actress showed photos and videos of Elias playing in front of a blue and red balloon display, a giant Spider-Man mask and a life-sized statue of the Marvel superhero, through her Instagram page yesterday, June 27. The little boy also wore a Spider-Man costume during the gathering.

Cruz, meanwhile, surprised his son with a Spider-Man-themed cake and a colorful balloon arrangement with the name of Elias on it, as seen on Crown Artist Management chief operating officer Mikki Gonzalez’s Instagram page, also yesterday.

Gonzalez showed a photo of the actor holding his son while the little boy clapped at the sight of his cake. 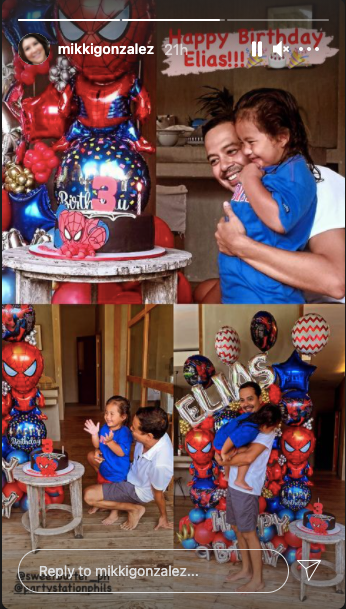 Cruz and Adarna dated in 2017 and welcomed Elias in 2018 before eventually parting ways the following year. They have since been co-parenting their child, as Adarna explained that she did not want to involve her son in her “issues.”

Adarna got engaged to Ramsay last March, after a month of being a couple. They plan to tie the knot this year. JB