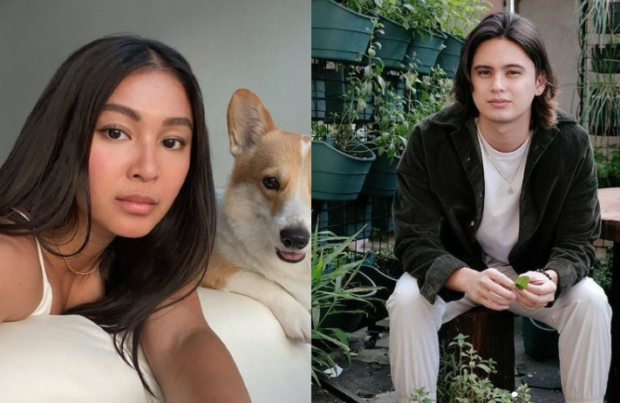 Nadine Lustre did not put a label on her current relationship with her ex-boyfriend, actor James Reid, but has noted that they are still “so close” to each other.

“Honestly, he’s just been pushing me. He’s actually the one lining up all the things, all of the projects for me which I am really grateful for because I wouldn’t have done it without him,” the actress said during an interview with TV host Boy Abunda on Tuesday, June 15.

Lustre added that Reid has been contributing to her growth and they have been supportive of each other even after their breakup.

“I guess it is what it is. We have supported each other immensely, we are so close pa rin (still),” she stated. “I guess it is best not to put a line [on] it. We’re happy.”

Lustre also told to Abunda that her mindset on love has changed and that she does not believe in “attachments and ownerships” of people anymore.

“If you wanna love a person, just love them fully. You don’t have to pick who you want to love because, at the end of the day, that’s what we’re here for. We’re meant to show love to everyone else,” she said.

When asked if she is dating anyone, Lustre was quick to answer that she has no time for a relationship at the moment.

“I’m definitely not seeing anybody. I am so busy. I have no time. Plus I really told myself, I just wanna work on myself,” she said.

Lustre and Reid announced their breakup in January 2020, after over three years of being a couple. At the time, they said that they are good friends and they will continue to work together.

The two have been seen together several times with each other’s friends and family in the wake of their split. They have also collaborated for the actress’ visual album “Wildest Dreams,” which was released under Reid’s record label Careless Music. JB