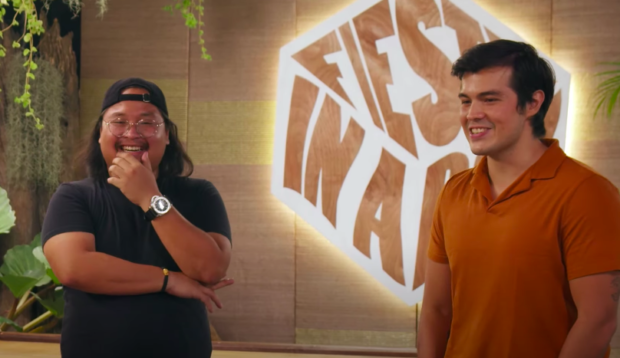 Ninong Ry (left) and Erwan Heussaff in the first episode of “Fiesta in a Box” (Image: screengrab from YouTube/FEATr)

FEATr describes ‘Fiesta in a Box’ as “an online reality competition featuring your favorite personalities that will battle in cooking the best fiesta dish. Everything they need and more, will be in a box.”

Aside from the actual cook-off, “Fiesta in a Box” also provides bits of facts and history about the chosen dish and the fiesta it hails from for the viewers.

Heussaff and Ninong Ry, whose real name is Ryan Morales Reyes, were also joined by chef Martin Narisima for the show.

Ninong Ry, who rose to fame on Facebook and YouTube for his fun and entertaining home cooking videos, first revealed to fans that Heussaff reached out to him for a project last March.  /ra