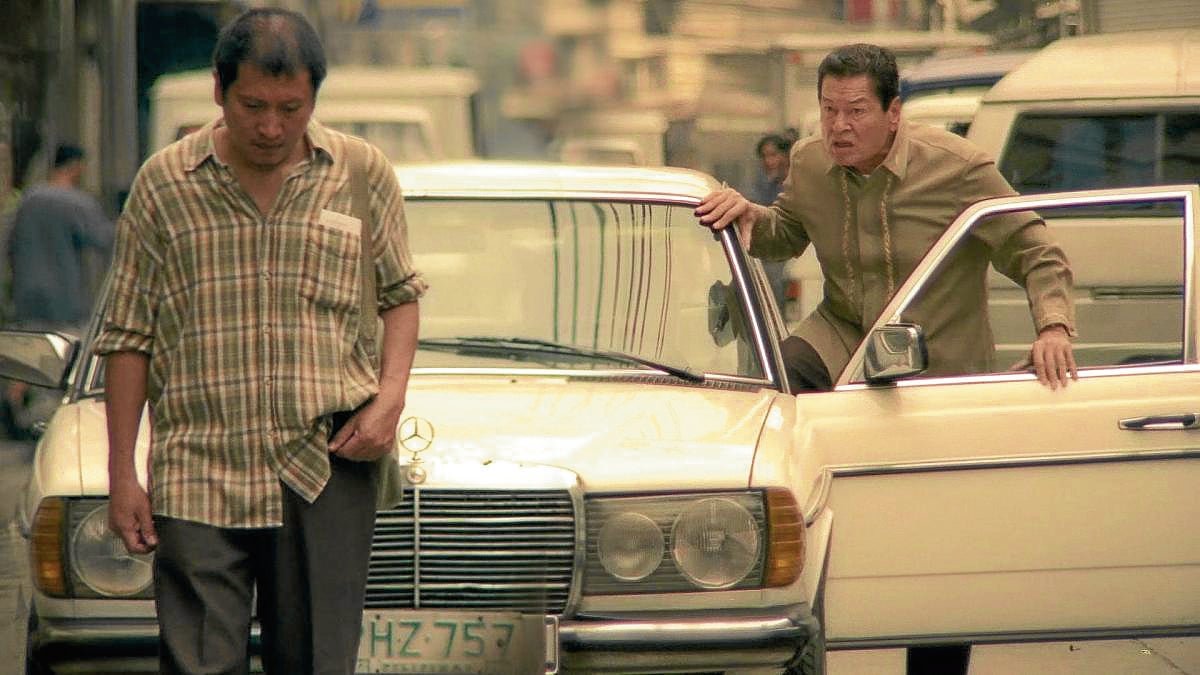 There were so many films to consider. It had been difficult to make a choice,” recalled Sabrina Baracetti, director of the Far Eastern Film Festival (FEFF) in Udine, Italy.

The annual movie event is featuring five titles in its Eddie Garcia Retrospective section from June 24 to July 2 in hybrid form with both in-person and online showings.

“Eddie made such a huge number of films. Together with [festival programmer] Max Tessier, we decided to pick movies that showcase his big talent,” Baracetti told reporters during a media conference organized by the Film Development Council of the Philippines (FDCP) on Monday.

‘Bwakaw,’ for example, really tells a lot about Eddie’s style of acting. In that movie, his performance was superb. He showcased such a great character. We also wanted to screen films from when he was younger, but we had difficulty securing copies. It was such a piece of good news that the film by Ishmael Bernal, one of my favorite Filipino directors ever, was recently restored and remastered by the FDCP. We also included ‘Anino.’ This way, we hope to give a clearer picture of how he was like, as well as his career,” Baracetti explained.

“We have long wanted to do a special tribute to Eddie, whom I had the honor of meeting in person in Manila in 2018 when I was invited to be part of the jury of the MMFF (Metro Manila Film Festival). It was amazing because, for the first time in my life, I met a legend,” Baracetti recalled. “From that time, we already wanted to do something special dedicated to him but a lot of things happened in between. I just learned that no organization has done this before. We are very honored to be the first.”

Red, meanwhile, likewise felt honored when Garcia agreed “to act in this simple short film,” he told reporters. “He did it in 1999 and it was shown in Cannes in 2000. I never thought that, years later, it will be part of a tribute for him. It had been such a privilege to have had the chance to collaborate with Manong Eddie.”

Baracetti added: “I’m happy that we still have the festival even though times are so hard with [the global health crisis] that’s going on. It’s difficult for all of us working in the industry. I’m thrilled because we are able to select new films from the Philippines this year.”

For its 23rd edition this year, the FEFF’s Competition section features Antoinette Jadaone’s “Fan Girl,” and Joel Lamangan’s “Anak Ng Macho Dancer.” Grace Simbulan’s first feature-length documentary, “A is for Agustin,” is under the Out of Competition section and will have its European and online worldwide premiere.

“This one in Udine is one of my favorite film festivals because it showcased my first work (“Six Degrees of Separation from Lilia Cuntapay,” 2011). It will always have a special place in my heart,” said Jadaone. “Now that I’ve made my 11th film, I’m happy that I’m back at the festival that showed my first film.”

For this year’s Industry section, Martika Ramirez Escobar’s “Bird Eyes” will participate in the Focus Asia’s program. Journalists Jason Tan Liwanag and Richard Olano will be part of the FEFF Campus training project.

FEFF is the largest festival in Europe specializing in Asian Cinema and a contributor to the commercial distribution of Asian films across European and Italian markets. Last year, Xeph Suarez’s “Dancing the Tides” and Khavn dela Cruz’s “Skeleton River” were featured in the FEFF Industry section.

Since 2017, through the Spotlight Philippines program, FEFF has screened 19 Filipino films, which includes Lana’s “Die Beautiful,” Loy Arcenas’ “Ang Larawan” and Joyce Bernal’s “Miss Granny,” among others, to showcase the diverse and multifaceted Filipino stories.