Onscreen couple Ken and Rita not in a relationship, but share a different kind of love | Inquirer Entertainment
Close
menu
search

Onscreen couple Ken and Rita not in a relationship, but share a different kind of love 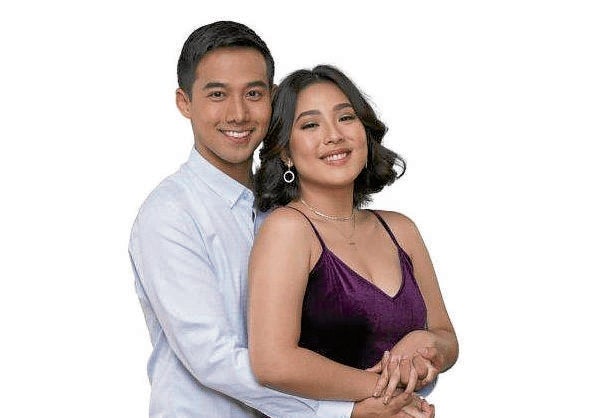 It may not be the romantic kind, but the love Ken Chan and Rita Daniela have for each other, they said, is genuine—forged by years of friendship and shared experiences, both on- and offscreen.

That means that, despite being single, the two GMA 7 stars are able to maintain chemistry that makes their tandem feel natural and convincing. “We really enjoy each other’s company, honestly. As long as we have each other … we don’t feel the need to be in relationships,” Rita said in a recent virtual press conference for her and Ken’s new afternoon drama series, “Ang Dalawang Ikaw.” “We look for each other’s presence. Three days not being together feels like a month. Ang gulu-gulo namin when we meet again.”

“[Our friendship is] super pa sa super,” quipped Rita, whose accidental work partnership with Ken gained popularity in the soap “My Special Tatay” in 2018.

Though they’re aware that some fans hope and expect them to become a real-life couple, it’s something that they don’t want to feel pressured by. “We don’t really push it because we’re both afraid of losing each other. If the relationship doesn’t work out, I will lose both my boyfriend and best friend. What would you choose,” Rita said. “But I know that he loves me and I feel that. As they say actions speak louder than words.”

Ken, on the other hand, promised that he will always be by Rita’s side. “Whatever path she chooses, I will be there. Napamahal na sa ‘kin si Rita. I love her like I love my family. It’s as simple as that. And even if we don’t end up being in a relationship, those feelings will remain,” he said.

Besides, they have both agreed that the work should be their top priority, because every project, every opportunity is precious. “We’re very clear about our dreams. And we don’t want to waste the chances and trust given to us by our network. We have big goals and we’re working hard to get there. We want to be excellent artists first. I hope the people see our relationship as coactors and appreciate the performances we give. If we can make it appear like we’re a real-life couple onscreen, that means we’re doing an effective job,” Rita explained.

Ken added that she and Rita draw inspiration from the whole production crew, whose jobs depend on the success of the show. “The mere fact that we have jobs this pandemic is enough inspiration. And we’re grateful for that. We get courage and strength from the staff, the utility. We give our best in every scene, so their efforts and sacrifices don’t go to waste,” he said. In “Ang Dalawang Ikaw,” which began airing last April 21, Ken portrays a person with Dissociative Identity Disorder (DID). His two personas are Nelson—a graphic designer and a dutiful husband married to Mia; and Tyler, a hot-headed gun dealer engaged to Beatrice, a woman in the same trade.

“I believe that our series can be instrumental in raising awareness about what people with DID go through. We hope to convey the message that we shouldn’t be quick to judge, because some people who have that condition don’t know they have it or have yet to get a diagnosis,” pointed out Ken, who underwent workshops and did extensive research for the role.

Aside from the serious topic the soap tackles, it also has Ken and Rita playing a married couple for the first time onscreen. That means more “daring” or intimate scenes. “Our director (Jorron Lee Monroy) did a great job with the scenes… Rita and I no longer feel awkward about being intimate in front of the cameras. But we do discuss how to attack the scenes beforehand. It’s like a dance with rhythm and choreography,” he said. “We want to make such scenes more believable.”

“We didn’t feel nervous… We were excited because it’s the first time the fans will see something like this from us. Unlike Ken and I’s past projects together, this one’s more mature, because we play a married couple,” Rita added. INQ