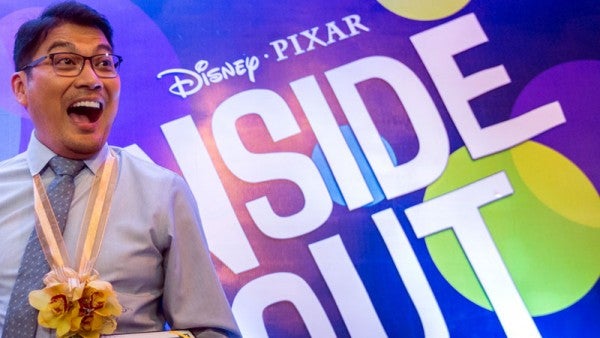 Filipino-American filmmaker Ronnie del Carmen, who co-directed Pixar’s “Inside Out,” is set to work on a new animated feature based on Filipino mythology and lore.

Del Carmen, an Oscar-winner and a veteran animator-director, is set to come out with the said movie along with other animated films and series as part of his contract with Netflix, as per Cartoon Brew’s exclusive report on March 24.

Noting that he often draws inspiration from his personal life for his films, Del Carmen shared that “this is what we are doomed to be: to have what we are going through in life show up in what we make.”

“No matter what we’re making. It can feature toys come to life, invisible guardians in our heads, or what have you—but at the heart of it is the story that we are living through. Our lives are in our movies. If you’re any good at this, then this will be your curse,” he said in the interview.

As he grew up “in a group of islands,” the Cavite native shared that it felt right to base his upcoming works on his life in the Philippines.

“My story starts in a group of islands, in a region that I’ve now traveled back to many times over. Each time I wish I could stay and relearn what I missed. Now I feel the pull of figuring out the beginning. The parts that I use to make movies began there. So on this new journey I go where these stories will thrive,” he was quoted as saying.

With the platform provided by the said streaming service, Del Carmen noted that “this is where I’m growing and nurturing these stories that have never been told, in an arena they deserve to belong to.”

A graduate of the University of Santo Tomas (UST), Del Carmen started out in the film industry as a painter on the set of Francis Ford Coppolla’s “Apocalypse Now,” which was shot in the Philippines, according to the report.

After moving to the United States in 1989, he has since been credited for working on several renowned films such as “Up,” “Brave,” “Monsters University,” “Finding Nemo,” “Wall-E,” “The Prince of Egypt” and “Ratatouille,” among others.

In “Up,” meanwhile, Del Carmen served as the story supervisor. It is the first animated film to open the prestigious Cannes Film Festival in 2009.

“Inside Out,” which Del Carmen co-directed with Pete Docter, won the Oscar for Best Animated Feature Film back in 2016. Del Carmen and Docter also shared with Meg LeFauve and Josh Cooley an Oscar nomination for Best Original Screenplay.

In 2015, Del Carmen was honored as an outstanding alumnus by the UST College of Fine Arts and Design, where he earned his Bachelor of Fine Arts degree in advertising in 1985. Ian Biong /ra

‘Ghost of Tsushima’ to get movie adaptation from ‘John Wick’ director