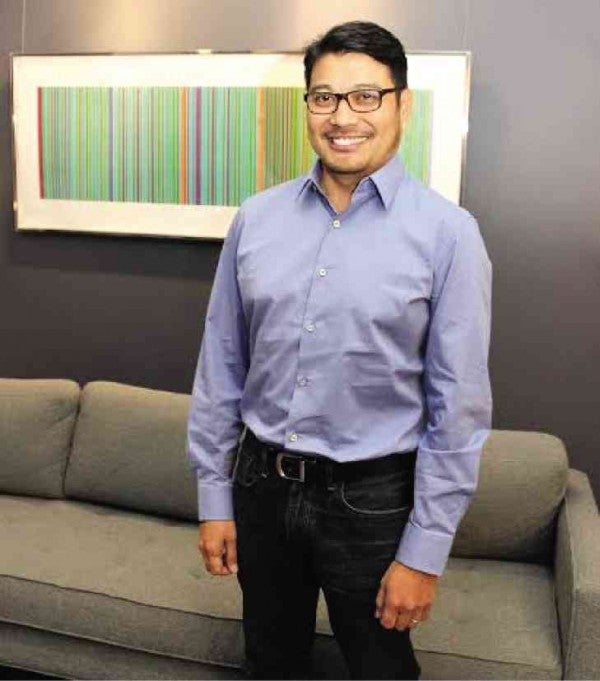 LOS ANGELES—After the Academy announced its nominations to the 88th Oscars on Thursday, Ronnie del Carmen became the first University of Santo Tomas (UST) alumnus to earn an Oscar nod. The College of Fine Arts and Design (CFAD) graduate bagged a best original screenplay nomination for Pixar’s “Inside Out,” which he shared with Pete Docter, Meg LeFauve and Josh Cooley.

“Inside Out,” codirected by Ronnie, also got a best animated feature film nomination that went to director Pete and producer Jonas Rivera. The film, acclaimed as one of the year’s best since its Cannes fest debut last May, tackles how the human mind works, specifically that of an 11-year-old girl named

Last August, Ronnie returned to UST’s historic Manila campus and was honored by CFAD as an outstanding alumnus.

The Pixar team competes in the original screenplay race against “Bridge of Spies,” “Ex Machina,” “Spotlight” and “Straight Outta Compton.”

With his first Oscar nod, Ronnie joins a select group of Fil-Ams who have garnered Academy citations. The list includes Robert Lopez (2014, best original song, “Let It Go”—he went on to be the first Fil-Am to win an Oscar); Hailee Steinfeld (2011 – best supporting actress, “True Grit”); Matthew Libatique (2011, best cinematography, “Black Swan”); producer Pia Clemente (2006, best short film-live action, “Our Time Is Up”) and a man whose name escapes my mind—my apologies—but he cinched a nomination in a technical category.

“I was in bed with my iPad watching a live stream,” Ronnie described how he learned about his nomination. “I even forgot to set the alarm for this (announcement) the night before. Somehow, I woke up in time. Somebody up there likes me.”

“This is such an amazing honor!” exclaimed the Cavite native whose brothers, Louie and Rick, are also UST alumni and accomplished animators in the United States. “‘Inside Out’ is that movie you wait a career lifetime to be part of. Pete invited me to codirect and, that day, I felt like I won the lottery!

“On top of that, the movie is nominated for two Oscars! And I am mentioned by name on the best original screenplay nomination! I can’t believe it! I am the luckiest man on Earth!”

On being the first UST alumnus to score an Academy nod, Ronnie said, “I can’t wait to go back to UST someday and bring this full circle. This is your tribe—you want to bring honor to your tribe. And though there are many ways to do this, walking back in there with an Oscar nomination is way cool. Heck—it’s super-cool!”

The UST campus is also significant to Ronnie because that was where he met his wife, Theresa or “Tess,” also a CFAD student at the time.

As for joining an elite group of Fil-Ams who have the distinction of being Oscar nominees, the multi-awarded animator and comics and book illustrator said, “We used to watch the Oscars as a family when I was a kid. We loved watching it. Movies are a big deal in the family. I’d watch TV all day and night if left on my own.

“It is mind-blowing to even consider that this could happen. In fact, I was trying not to think about it as the nominations announcement approached. But what an honor to serve on ‘Inside Out’ and be part of Oscar history. Can you imagine? My people in the Philippines can share in this honor as their own. I get to be that person! How cool is that?”

“I am so lucky to be part of a studio that is certainly the only one that could have green-lit a movie like ‘Inside Out,’” he remarked about Pixar where Filipino employees proudly call themselves “Pixnoys.”

“Such a courageous and groundbreaking movie,” he added. “John Lasseter, as our creative leader, makes sure that these kinds of stories not only get explored but thrive out there in the world. I am in a unique role now where I can be part of all the movies being made in the studio—a role created by John for me to do here at Pixar.”

Pete, for his part, said about his two nominations: “We are beyond grateful to the Academy for honoring us with these nominations, especially in a year with so many fantastic movies. We’re lucky to work in a studio that allows us to make movies that are colorful, fun, personal and emotional.” 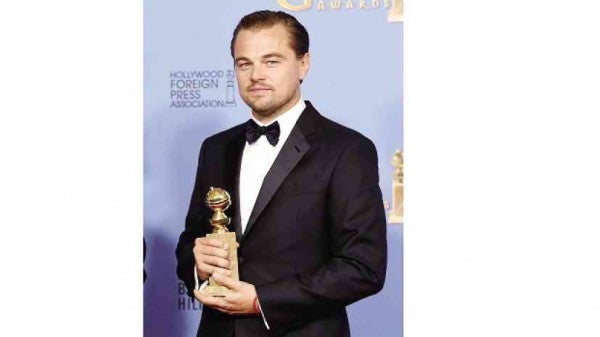 The following are the reactions of some of the other nominees:

Eddie Redmayne, “The Danish Girl”: “This nomination is a testament to the vision of our fearless director Tom Hooper and the support of my fellow cast members, especially the incandescent Alicia Vikander. Being recognized for ‘The Danish Girl’ is particularly special to me; if sharing Lili and Gerda’s journey and their love story can—in any small way—be a part of positive social change, then I will be even more grateful!”

Leonardo DiCaprio, “The Revenant”: “Making ‘The Revenant’ was one of the most rewarding and collaborative experiences of my life. None of this would have been possible without [director] Alejandro G. Iñárritu’s talent, vision and determination. Our dedicated crew also deserves to share in this moment.”

Saoirse Ronan, “Brooklyn”: “When we made ‘Brooklyn,’ we had no idea of what was to come. It is the most personal film I have ever done—and the hardest one, too! This has all been a dream. To see how the film has been embraced has been heartwarming.”

Brie Larson, “Room”: “I’m so lucky and humbled to be a part of this beautiful story, in a once-in-a-lifetime role. Truly, I am very grateful!”

Sylvester Stallone, “Creed”: “I am incredibly humbled by this honor. I was not expecting it, especially at this time in my life. I am certainly grateful to the artists and collaborators who helped make it possible.”

George Miller, “Mad Max: Fury Road”: “Wowie Zowie! So many talented people labored mightily to bring this movie to the screen. It’s lovely that the Academy has acknowledged our work in this way.”

Alejandro G. Iñárritu, “The Revenant”: “I am in London and just heard the good news! We gave it our all. This appreciation from the Academy means a lot to me and my colleagues, who made it possible. Champagne and Mezcal will run tonight!”