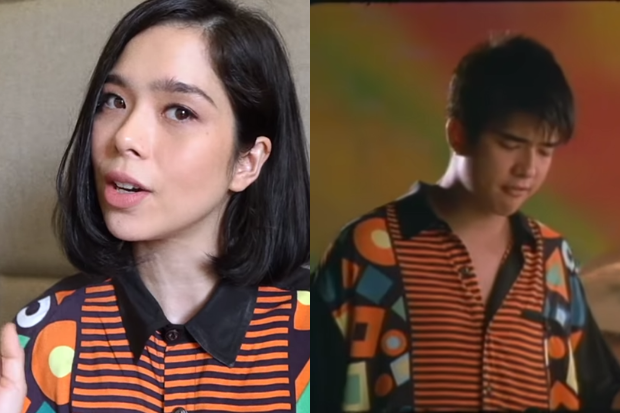 Saab Magalona paid tribute to her late father, music icon Francis Magalona, on Father’s Day today by dressing up as him and making a cover of his song “1-800-Ninety Six.”

“In memory of Francis M. I borrowed your song (and your clothes.) Happy father’s day, pop!” the actress-singer said in a video today, June 20, on her YouTube channel. She covered “1-800-Ninety Six,” donning one of the rapper’s polo shirts, which was the one he wore for the music video of “Kaleidoscope World.”

Saab also encouraged people to register and vote for the upcoming 2022 elections, as the words “register to vote” appeared in big red letters midway through her cover video.

“I went way outside my comfort zone to make my pop proud. Happy Father’s Day! Go out and vote,” she added. Her rendition of Francis’ hit song was arranged and produced by her husband Jim Bacarro and mixed by Kyle Quismundo.

Francis, dubbed the “Master Rapper,” was known for his nationalistic songs that called out social ills and lamented issues which affected the public. He first rose to fame in the 1980s as an actor and released his debut album “Yo!” in 1990.

He passed away in March 2009, after being diagnosed with acute myeloid leukemia in 2008. He shared seven other children with Saab’s mom Pia Magalona: Unna, Nicolo, Maxene, Frank, Elmo, Arkin and Clara. JB