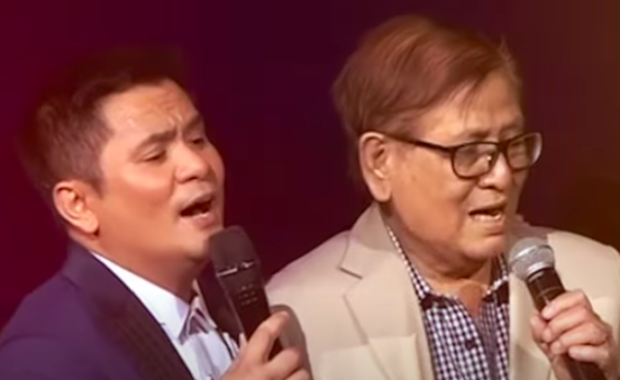 “Thank You, Pa” was released on YouTube with a lyric video that features photos of several fathers including Alcasid’s own late papa, Herminio Alcasid Sr.

Alcasid mostly expresses his gratitude to his father in the said song, which he composed himself, while also noting that he misses him. Alcasid Sr. died in September last year.

Alcasid Sr. was a lawyer and sat as president and chief executive officer of the Philippine National Oil Development and Management Corp. as appointed by former President Benigno Aquino III.

The OPM veteran also announced the release of his new song via Instagram yesterday, June 18, posting, “Song for Dad is out. Happy Father’s day on sunday dear dads.”

Alcasid also honored his late father recently when the Philippines’ Yuka Saso claimed a historic win at the 76th US Women’s Open golf championship in San Francisco on June 6.

Alcasid Sr. loved the sport, according to his son. “Dad would have been ecstatic knowing that our very own Yuka Saso has historically won the [US Open] for our country.”  /ra