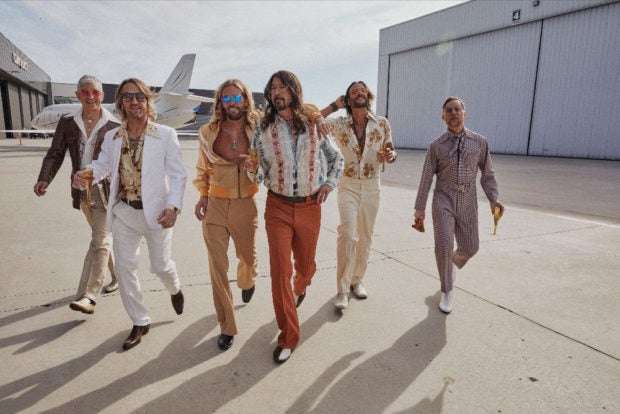 The Foo Fighters as the Dee Gees (Image: Magdalena Wosinska via Twitter/@RSDUK)

American rock band Foo Fighters will be channeling the Bee Gees in their upcoming disco album, which they aptly recorded as the “Dee Gees.”

“Introducing… the Dee Gees!” the band announced on Twitter yesterday, June 18. The said album will be out on vinyl for the second United States Record Store Day on July 17, as per Rolling Stone on the same day.

The five Gibb brothers classics covered by the Dee Gees in the limited-edition vinyl are “You Should Be Dancing,” Night Fever,” “Tragedy” and “More Than a Woman,” plus Andy Gibb’s “Shadow Dancing.”

Side two of the vinyl will, meanwhile, feature five Foo Fighters songs from their “Medicine at Midnight” live recording at their 606 studio, according to the report. Ian Biong /ra